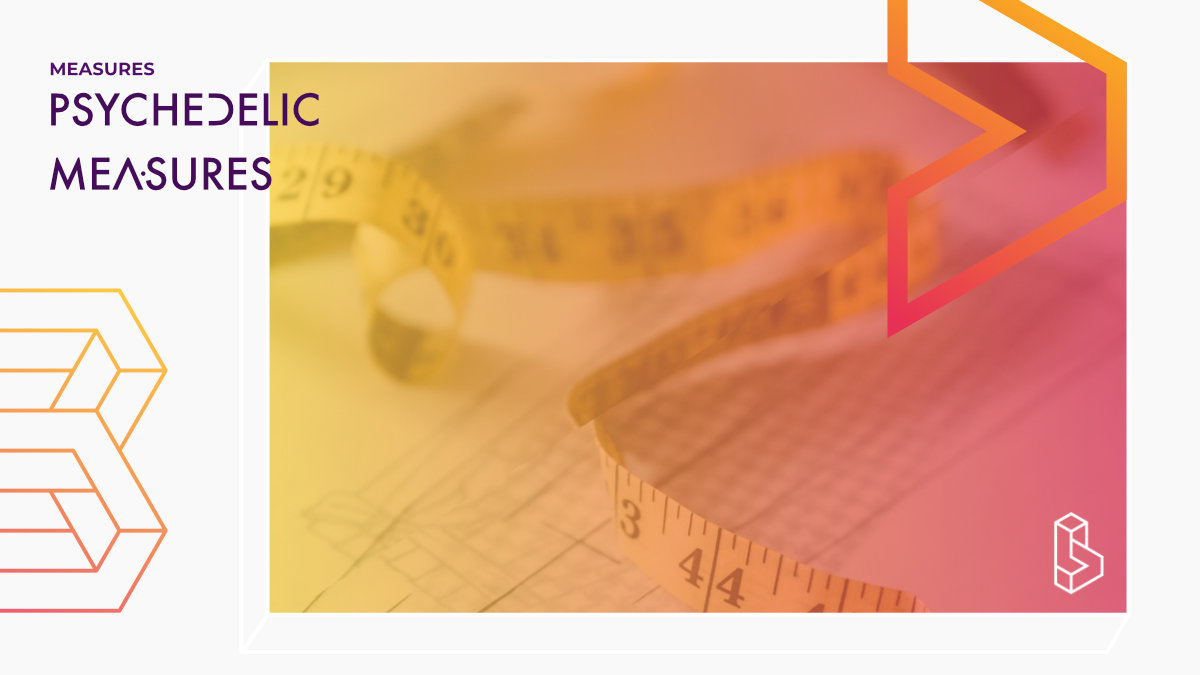 The Hamilton Depression Rating Scale (HDRS) is a multiple item questionnaire used to provide an indication of depression, and as a guide to evaluating recovery. The scale consists of 17 items which each item being scoring on a 3 or 5 point scale. The higher the score, the more likely a person is depressed.

International pooled patient-level meta-analysis of ketamine infusion for depression: In search of clinical moderators
This meta-analysis (n=809, s=17) finds robust effects of ketamine for relieving depression (at 24 hours and seven days). Moderators of this effect were the level of treatment resistance (i.e. more failed SSRIs) and studies that used a cross-over design (smaller placebo effect). Other moderators were found, but all were modest and clinically irrelevant (i.e. age or sex doesn't moderate treatment effect).

Trial of Psilocybin versus Escitalopram for Depression
This double-blind placebo-controlled study (n=59) compared psilocybin (2x25mg; 3 weeks apart) to escitalopram (SSRI) over a six-week period and found large improvements in depression scores for those suffering from depression (MDD) in both groups. On the main measure of depression, the QIDS-SR-16, there was no significant difference between both groups. The study did find significant differences, favoring psilocybin, on the HAM-D-17, MADRS, avoidance, flourishing, wellbeing, and suicidality.

Ketamine Alcohol (in Treatment-Resistant Depression)
This open-label trial (n=60) tests the hypothesis that ketamine (35mg/70kg) infusion will be especially effective in those who have a family history of alcohol abuse (Family History Positive, FHP).

NMDA Antagonists in Bipolar Depression
The purpose of this study is to test whether ketamine and D-cycloserine can be safely and effectively used for the treatment of depression. The investigators hypothesize that ketamine will serve as a rapid acting and safe antidepressant in patients with bipolar depression, and furthermore, that D-cycloserine will serve as an effective therapy following ketamine treatment.

Biomarkers of Fast Acting Therapies in Major Depression
In this study, the investigators will enroll 60 patients currently ill with major depression selected to receive IV ketamine therapy under medical supervision.

Use of Ketamine to Enhance Electroconvulsive Therapy (ECT) in Depression
The primary objectives of this study are to investigate the potential for ketamine anaesthesia to increase the antidepressant efficacy of Electroconvulsive therapy (ECT) and to decrease acute ECT-induced adverse cognitive effects.

The Role of HNKs in the Antidepressant Effect of Ketamine
The objective of the proposed study is to examine the relationship between serum concentrations of HNK and changes in the Hamilton Depression Rating Scale (HDRS), Beck Depression Inventory (BDI), and the Profile of Mood States (POMS), as well as glutamatergic/GABAergic response.

Physiological and Cognitive Biomarkers for Ketamine's Antidepressant Effects
In order to understand this unique effect more fully, the current protocol is aimed at further delineating biomarkers of ketamine's effects among individuals with treatment-resistant anxious depression compared to those with nonanxious depression.

MDMA-assisted Therapy in People With Anxiety Related to Advanced Stage Cancer
This is a pilot study intended to find out if 3,4-methylenedioxymethamphetamine (MDMA) is safe and can help people with advanced stage cancer and anxiety arising from the cancer diagnosis.

Efficacy And Tolerability Of Sub-Anesthetic Ketamine In Postpartum Depression
The purpose of this study is to assess the safety, pharmacokinetics and antidepressant efficacy of sub-anesthetic dose of intravenous ketamine in perinatal depression.

Positron Emission Tomography Assessment of Ketamine Binding of the Serotonin Transporter
The study at hand is the first to investigate ketamine's SERT binding in humans, by utilizing the highly selective SERT radioligand [11C]DASB and positron emission tomography.

Clinical Trial of the Use of Ketamine in Treatment Resistant Depression
The purpose of this study is to determine the efficacy of the use of intravenous low-dose ketamine in the treatment of treatment-resistant depression (TRD), as well as the changes in Glutamate neurotransmission and inflammatory serum markers.

Effects of Psilocybin in Major Depressive Disorder
The proposed pilot study will assess whether people with major depressive disorder experience psychological and behavioral benefits and/or harms from psilocybin.

Ketamine for Depression and Alcohol Dependence
This open-label trial (n=5) investigates the effects of ketamine (35mg/70kg, 4x over 4 weeks) on those suffering from depression and alcohol dependence simultaneously.

Ketamine Use in Electroconvulsive Therapy
The purpose of this study is to determine whether combination of ketamine plus electroconvulsive therapy improves depressive symptoms decreasing cognitive side effects.

Ketamine and Scopolamine Infusions for Treatment-resistant Major Depressive Disorder
This study plas to investigate the feasibility and efficacy of open-label repeated intravenous administration of ketamine and scopolamine combined in this population of severely depressed, treatment-resistant patients. The results from this study could lead to the development of new strategies for the treatment of patients with TRD.

Intranasal Ketamine for Late-Life Depression and Suicidal Ideation
The investigators of this study plan to investigate the feasibility and efficacy of repeated doses of intranasal ketamine in severely depressed patients who are at least 65 years of age and experiencing suicidal ideation. The results of the study could lead to development of new strategies for treating depression.

Ketamine Frequency Treatment for Major Depressive Disorder
This randomized clinical trial will examine the frequency of treatment with ketamine in patients with treatment-resistant depression TRD without psychosis.

Psychopharmacology of Psilocybin in Cancer Patients
This research is being done to study the psychological effects of psilocybin in cancer patients. Psilocybin is a naturally occurring substance found in some mushrooms that some cultures have used for centuries in religious practices.

Antidepressant Effects of Ayahuasca: a Randomized Placebo Controlled Trial in Treatment Resistant Depression
The purpose of the present trial is to test the efficacy of Ayahuasca in treatment-resistant depression.

Double-Blind, Placebo-Controlled Trial of Ketamine Therapy in Treatment-Resistant Depression (TRD)
This study is looking at the efficacy, durability, safety, and tolerability of multiple single doses of Ketamine vs. active placebo for treating patients with treatment resistant depression who are taking an antidepressant that is not working for them.

Ketamine Infusion for Treatment-resistant Major Depressive Disorder
The overall aim of this study is to assess the feasibility, safety and tolerability, efficacy and duration of the effect of intravenous N-methyl-D-aspartate antagonist ketamine as augmentation of antidepressants for chronic suicidal ideation in subjects with severe treatment-resistant depression (TRD).

Nitrous Oxide as Treatment for Major Depression - a Pilot Study
We propose conducting a pilot randomized placebo controlled double-blind crossover study in which patients will receive up to 50% nitrous oxide in oxygen or up to 50% oxygen in air for a period of one hour in addition to standard medical therapy.

Double-Blind Trial of Ketamine Therapy Plus or Minus Naltrexone in Treatment Resistant Depression (TRD)
The primary objective is to determine if the opioid properties of ketamine are responsible for its antidepressant effects. Since naltrexone can block opiate actions, the investigators will determine if naltrexone can effectively block ketamine's effects.

Administration of Subanesthetic Dose of Ketamine and Electroconvulsive Treatment for Treatment Resistant Depression
In this proof of concept study, the investigators plan to administer iv ketamine interleaved with Electroconvulsion Therapy days.

Lysergic Acid Diethylamide (LSD)-Assisted Psychotherapy in People With Illness-related Anxiety
This study will find out whether psychotherapy combined with lysergic acid diethylamide (LSD) is safe and is helpful in people who are anxious because they have a potentially fatal disease. The study will measure anxiety and quality of life before and after people have two sessions with either full or active placebo dose of LSD. They expect LSD-assisted psychotherapy to reduce anxiety and improve quality of life.

Efficacy and Safety of Psilocybin in Treatment-Resistant Major Depression
The study aims to investigate the safety and efficacy of oral psilocybin administered under supportive conditions in treatment-resistant major depression (TRD).

Psilocybin and Depression
The main aim of the study is to investigate the possible long-term therapeutic effects of psilocybin on the symptoms of severe depression, as well as the brain mechanisms underlying these changes

The Effect of S-ketamine for Patients Undergoing Electroconvulsive Therapy (ECT)
This study will determine the effectiveness and safety of S-Ketamine in depression patients undergoing electroconvulsive therapy.

Esketamine Adjuvant Therapy for Patients With Chronic Visceral Pain Comorbid Major Depressive Disorder
Therefore, this study aims to explore the difference in the efficacy and safety of esketamine as an adjuvant therapy and positive control drug-pregabalin in patients with chronic visceral pain comorbid depression.

Ketamine Treatment Effects on Synaptic Plasticity in Depression
he goal of this project is to A) elucidate ketamine's mechanism of action and B) identify biomarkers predicting treatment outcome to ketamine which could be used to match patients to treatment based on the likelihood of effectiveness at the individual level.

LSD Treatment in Persons Suffering From Anxiety Symptoms in Severe Somatic Diseases or in Psychiatric Anxiety Disorders
To test the efficacy of LSD in patients with anxiety with or without life-threatening diseases.

Evaluation of Schemes of Administration of Intravenous Ketamine in Depression
Goals: Provide clinical evidence of responseas well as a neurological basis or biomarker of response to a series of ketamine infusions.