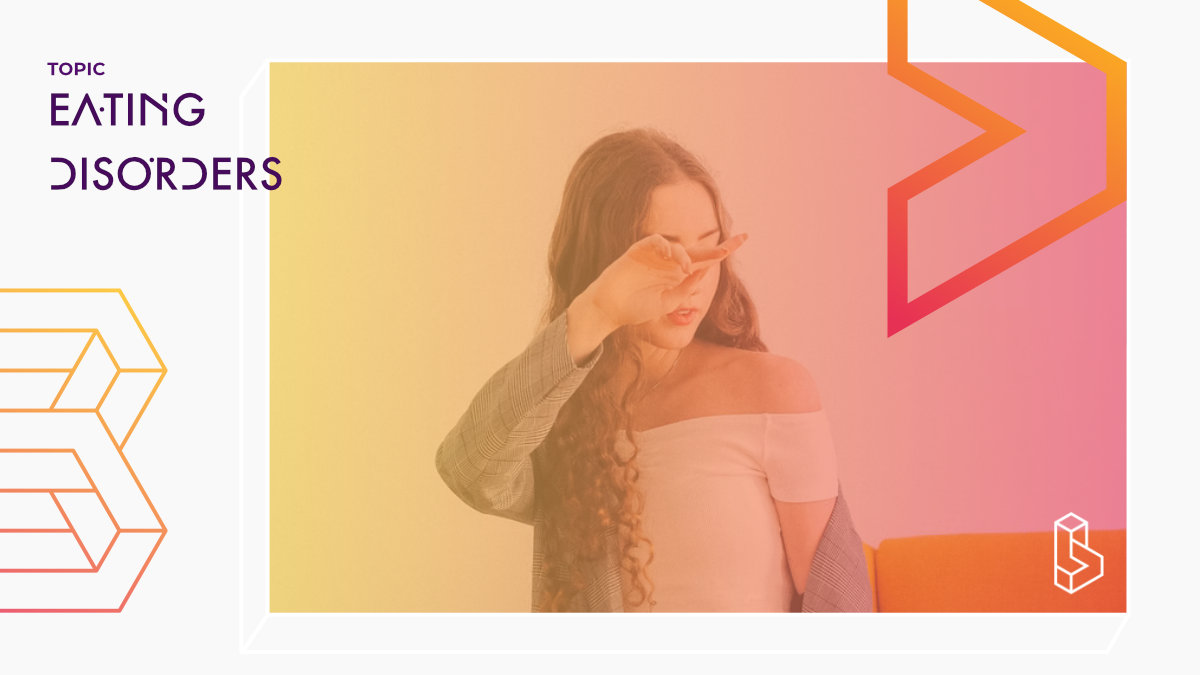 Conventional treatments for eating disorders often include a combination of psychotherapy, nutrition education, medical monitoring and sometimes medications. Common medications used to treat these disorders include antidepressants, antipsychotics and mood stabilizers. There is no FDA approved medication for anorexia whereas, the SSRI Fluoxetine is approved for bulimia.

What are eating disorders?

Despite treatment advances, mortality rates from disorders like anorexia and bulimia remain very high, yearly healthcare costs of patients with eating disorders are 48% higher than the general population and an estimated 3.3 million healthy life years are lost worldwide annually because of eating disorders [3].

Eating disorders are complex in nature. Thus, the exact causes of these disorders remain contentious, with interactions between biological, psychological and environmental factors thought to be involved [4].

Given the wide range of eating disorders, the symptoms underlying each disorder differ. According to the DSM-5, bulimia is characterized by recurrent episodes of binge-eating, recurrent inappropriate compensatory behaviours in order to prevent weight gain, such as self-induced vomiting, with these behaviours occurring at least once a week for 3 months [5].

With anorexia, patients restrict their energy intake relative to requirements, leading to significantly low body weight in the context of age, sex, developmental trajectory, and physical health, possess an intense fear of gaining weight and there is also a disturbance in the way these patients experience their body weight or shape [5].

Given the psychological nature of eating disorders, these disorders are commonly experienced comorbidly with disorders including major depressive disorder and anxiety disorders [6].

Treating eating disorders often involve a multidisciplinary team including; a mental health professional, a dietitian, a medical professional and a patients family members/loved ones. The conventional treatments for eating disorders often include a combination of psychotherapy, nutrition education, medical monitoring and sometimes medications [7].

Given the comorbidities associated with eating disorders, common medications used to treat these disorders include antidepressants, antipsychotics and mood stabilizers. In the case of anorexia, no medication has received FDA approval for the treatment of the disorder whereas in bulimia, the SSRI Fluoxetine, more commonly known as Prozac, is the most commonly utilized and the only FDA approved medication [8].

With these medications having limited success in treating eating disorders, research into the effectiveness of psychedelic drugs and the subsequent psychedelic-assisted psychotherapy treatment model, for treating these disorders is well underway.

The first known documented case of psilocybin being used to treat anorexia nervosa dates back to Paris, in 1959. This trial was recently revisited and translated to English in light of the recent renewed interest in using psychedelics to treat anorexia. In the trial, it was found that, after two separate injections of psilocybin, the patient stated she was able to understand the psychological cause of her illness.

Other psychedelics including ayahuasca, MDMA and ketamine, are also showing great promise in regard to alleviating the symptoms of various eating disorders.

In one study, individuals previously diagnosed with an eating disorder were interviewed regarding their experiences with conventional treatments for eating disorders and their experiences using ceremonial ayahuasca. Common themes amongst participants included a rapid reduction in thoughts and symptoms relating to their disorder, healing at the perceived root cause and greater self-love and self-acceptance, among others.

Led by the renowned Roland Griffiths, a research team at Johns Hopkins University is currently conducting a Phase I clinical trial into the safety and efficacy of psilocybin for treating persons with chronic anorexia. These researchers are hoping to determine if the positive changes observed in persons with anxiety and depression following the consumption of psilocybin in a supportive environment can be reproduced in those with anorexia.

At the recent 2021 Horizons Conference in New York, Dr. Natalie Gukasyan from Johns Hopkins updated attendees on the progress of this trial. Surprisingly, the researchers found that patients had relatively mild psychological reactions to the already relatively high doses that were being administered. As result, researchers have increased the number of sessions to four as well as the maximum dose of psilocybin to 30mg.

Furthermore, the early results are showing that some participants have lower-than-expected subjective effects, more psychological support relative to other populations may be needed and that the therapeutic effects of psilocybin-assisted therapy take time.

In 2020, researchers made a case for using MDMA in the treatment of eating disorders. Now, another household name in the psychedelic community, MAPS, is testing this hypothesis and planning to conduct a Phase IIa trial exploring the potential of MDMA-assisted psychotherapy for the treatment of anorexia nervosa restricting-type, a subtype of the disorder as well as binge-eating disorder. Similar to those at Johns Hopkins, the researchers at MAPS are utilizing the EDE interview to determine effectiveness.

Researchers at Imperial College London are also exploring the effectiveness of psilocybin to treat anorexia in a current pilot study. Additionally, the secondary aim of this study is to use Magnetic Resonance Imaging (MRI) and Electroencephalography (EEG) to examine the neuronal underpinnings of treatment with psilocybin in this patient group.

Something which is often overlooked in drug development and medicine, in general, is the perspective of the people seeking treatment, such insights can be invaluable. A recent survey study (n=200) examined the views of people with eating disorders (EDs) with regard to psychedelic therapy. Over half of the respondents said they would take part in psychedelic research while 60% believed it is worthwhile continuing research in this area. Respondents also agreed that education regarding psychedelics and their use in psychiatry is needed.

The first of these pathways relate to the default mode network (DMN) and the ability of psychedelics to alleviate symptoms related to serotonergic signalling in this region of the brain [9]. The DMN is a collection of pathways that govern our self-image, our autobiographical memories, and our deeply ingrained beliefs and thought patterns [10].

In those with eating disorders, overactivity in the DMN has been related to over caloric intake and food rules, compulsive exercise or eating behaviour patterns. Thus, by downplaying the signalling of neurotransmitters in this region, it helps to break eating disorder patterns that have become engrained in induvial and creates an opportunity to move beyond self-imposed limitations and start anew [9].

The second pathway involves the way in which psychedelics can help foster desirable brain states that might accelerate therapeutic processes. For example, MDMA improves mood and sociability, promoting the acceptance of and empathy for the self and others [11]. Thus, once consumed, MDMA allows persons to emotionally engage in psychotherapy without becoming overwhelmed with anxiety.

A number of companies within the psychedelic space are focusing on harnessing the potential of psychedelics to treat eating disorders.

Headquartered in Toronto but mainly operating in Utah, Novamind is developing a network of clinics specializing in psychedelic medicines. At present, Novamind currently offers ketamine-assisted therapy for a range of mental disorders. Their Cedar Clinical Research branch is a contract research organization working toward utilizing psychedelics to treat eating disorders, amongst other disorders.

Tryp Therapeutics is another Canadian based company exploring the potential of psychedelics to treat eating disorders. Working with Dr Jennifer Miller at the University of Florida, Tryp and Dr Miller have begun designing a Phase IIa open-label clinical study utilizing TRP-8802, a synthetic derivative of psilocybin, in patients suffering from rare and orphan over-eating disorders.

In August this year, Tryp announced that the training of psychotherapists who will administer these drugs has been completed and the trial should commence in due process.

These are the institutes, from companies to universities, who are working on Eating Disorders.

Novamind has bold plans for building out a psychedelic ecosystem. One that spans from ketamine-assisted psychotherapy and psilocybin retreats to novel clinical trials.

Johns Hopkins University (Medicine) is host to the Center for Psychedelic and Consciousness Research, which is one of the leading research institutes into psychedelics. The center is led by Roland Griffiths and Matthew Johnson.

The Centre for Psychedelic Research studies the action (in the brain) and clinical use of psychedelics, with a focus on depression.

These are some of the best-known people, from researchers to entrepreneurs, working on Eating Disorders.

Walter Kaye is the Director of the University of California, San Diego Eating Disorder Treatment and Research Program and is working with COMPASS Pathways on a trial with psilocybin.

Dr Jennifer Miller is a Professor in the division of pediatric endocrinology at the University of Florida.

Reid Robison is CMO at Novamind.

Roland R. Griffiths is one of the strongest voices in psychedelics research. With over 400 journal articles under his belt and as one of the first researchers in the psychedelics renaissance, he has been a vital part of the research community.

Classic Psychedelic Use and Mechanisms of Mental Health: Exploring the Mediating Roles of Spirituality and Emotion Processing on Symptoms of Anxiety, Depressed Mood, and Disordered Eating in a Community Sample

Therapeutic Potentials of Ketamine and Esketamine in Obsessive-Compulsive Disorder (OCD), Substance Use Disorders (SUD) and Eating Disorders (ED): A Review of the Current Literature

Ketamine as a Novel Psychopharmacotherapy for Eating Disorders: Evidence and Future Directions

Psilocybin in the treatment of anorexia nervosa: The English transition of a French 1959 case study

Psilocybin as a Novel Pharmacotherapy for Treatment-Refractory Anorexia Nervosa

The potential use of N-methyl-3,4-methylenedioxyamphetamine (MDMA) assisted psychotherapy in the treatment of eating disorders comorbid with PTSD

Nourishing the spirit: exploratory research on ayahuasca experiences along the continuum of recovery from eating disorders

Ketamine as a Treatment for Anorexia Nervosa: A Narrative Review