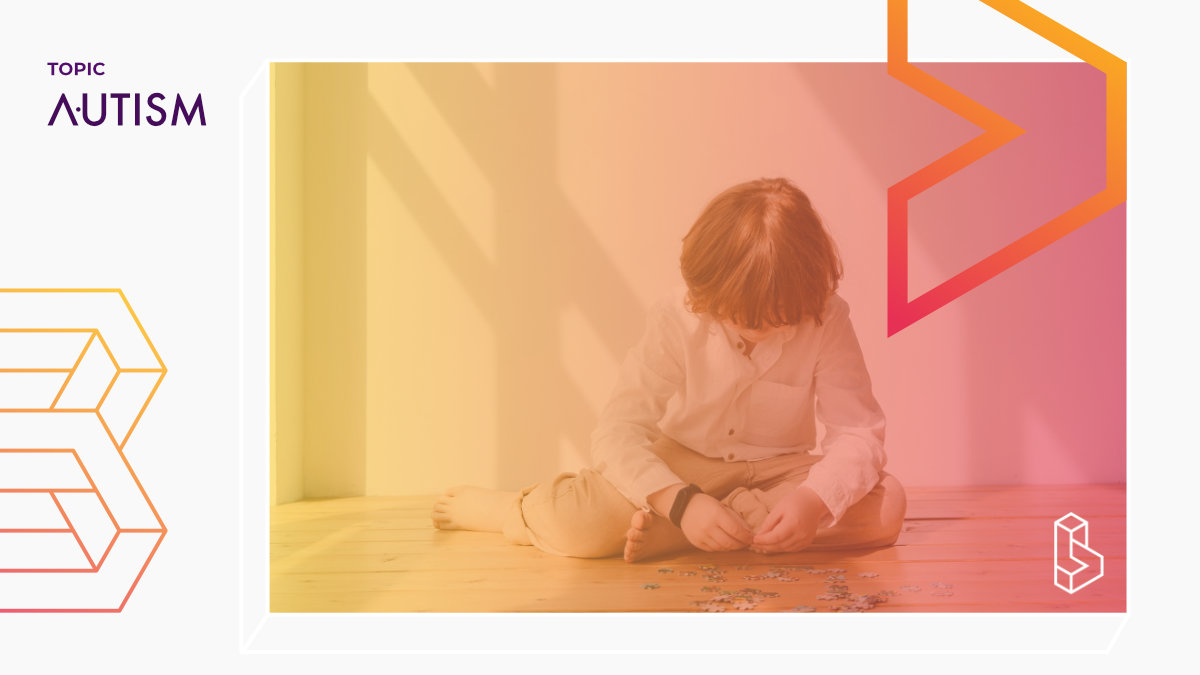 The 2010 Global Burden of Disease study estimated that there were 52 million people worldwide with ASD. The World Health Organization estimates there is about one in 160 children worldwide living with some form of autism spectrum disorder. Globally, autistic disorders account for more than 58 DALYs per 100,000, accounting for a substantial health loss across the life span.

There are currently no FDA-approved pharmacological treatments for autistic adults with social anxiety, and conventional anti-anxiety medications lack clinical effectiveness in this population. Ways to minimize symptoms do exist and include behavioural management therapy, cognitive behavioural therapy and occupational therapy, to name a few.

Research using psychedelic's to treat autism spectrum disorders is in its infancy. Nonetheless, a recent double-blind placebo-controlled pilot study found that MDMA-assisted therapy reduced social anxiety in autistic adults and these effects persisted for six months. With some companies in the psychedelic space focusing on autism spectrum disorders, it won't be long until new research emerges,

Author: Iain Burgess is the lead researcher at Blossom. He studied Global Health (MSc) and Physiology (BSc) and has researched the various scientific, societal, cultural and political dynamics that have shaped our understanding of psychedelics throughout history.

What is autism spectrum disorder?

Autism spectrum disorder (ASD) is a complex developmental condition that involves persistent challenges in social interaction, speech and nonverbal communication, and restricted/repetitive behaviours. The effects of ASD and the severity of symptoms are different in each person [1].

There are four major types of ASD; autistic disorder, Asperger’s, childhood disintegrative disorder, or pervasive developmental disorder not otherwise specified (PDD-NOS). Now, under the criteria set out in the DSM-V, these conditions are now all called ASD [2].

Moreover, although autism is often not diagnosed until much later, under the DSM-V criteria, individuals with ASD must show symptoms from early childhood, even if those symptoms are not recognized until later in their life [2].

People living with ASD can have significant social, communication and behavioural challenges. For example, a person with ASD may not be fond of changes to their daily routine or often repeat certain behaviours. Other behaviours can include having trouble in expressing oneself and difficulties in relating to others [3].

The World Health Organization estimates about 1 in 160 children worldwide live with some form of an ASD [4].

Globally, autistic disorders account for more than 58 DALYs (disability-adjusted life years) per 100,000, the common metric used to assess the overall burden of a given disease. Thus, ASDs account for a substantial health loss across the life span [5].

The exact causes of ASD remain speculative, with both environmental and genetic factors thought to be involved.

Diagnosing ASD can be difficult given the wide range of symptoms and there are currently no medical tests, such as a blood test, to aid in diagnosis. Paediatricians look for signs of ASD during a child’s general visits at 18- and 24-months, even if they don’t appear to have any symptoms. At these visits, parents are asked questions regarding their child’s development and behaviour [6].

At present, there is currently no one standard treatment for ASD. However, ways to minimize symptoms do exist.

Common interventions include behavioural management therapy, cognitive behavioural therapy (CBT), occupational therapy, speech-language therapy, and physical therapy to name a few. Early diagnosis and intervention, such as during preschool or before, are more likely to have major positive effects on symptoms and later skills [8].

There are currently no FDA-approved pharmacological treatments for autistic adults with social anxiety, and conventional anti-anxiety medications lack clinical effectiveness in this population [9].

Research into the potential use of psychedelics to treat autism initially began in the 1960s and continued until the 1970s when psychedelics became Schedule I substances.

A more recent review of the literature from the many research groups of this era using LSD in the treatment of children with autism highlights the controversial nature and many methodological flaws with this research.

While issues regarding consent may not have to the fore at the time, conducting such experiments on children raises ethical concerns by today’s standards. Additionally, many of the findings suffered from major methodological flaws, so much so, that Sigafoos and colleagues conclude by stating the research from this era is of little relevance to modern research [11].

Nevertheless, the psychedelic renaissance we are experiencing has sparked a renewed interest in the potential of psychedelics to treat ASD.

Modern Research into Psychedelics and Autism

While research into the effects psychedelics have on ASD is sparse when compared to other mental disorders like depression, some trials have taken place.

It should be noted that modern research is currently only looking at minimizing the negative effects of ASD, if we speak of treatment, it is this perspective, not ‘curing’ ASD that we’re talking about.

Working from the Harbor-UCLA Medical Center, Alicia Danforth and Charles Grob are leading the way in realizing the potential of psychedelics to treat ASD.

Sponsored by MAPS, Danforth and Grob published an initial review in 2016 proposing a new treatment model for social anxiety in autistic adults. The authors discuss the ability of MDMA to catalyze shifts toward openness and introspection and, given that MDMA-assisted therapy does not require ongoing administration to achieve lasting benefits, it could be an advantageous treatment strategy.

The aforementioned paper laid the foundations for a pilot study in 2018 in which MDMA-assisted psychotherapy was utilized to treat autistic adults.

Findings from the study indicate that MDMA-assisted psychotherapy may be an effective catalyst in autistic adults for intra- and interpersonal change as well as participants reporting accounts of lasting transformation and healing from conditions such as trauma and social anxiety that are common in autistic populations.

The exact mechanism by which psychedelic drugs can alleviate symptoms of ASD remains unknown. It has been postulated that classical psychedelics and entactogens, like MDMA, influence social processing through agonism at the 5-H2TA receptor in the brain which increases prosocial behaviour [12].

Additionally, the Default Mode Network (DMN) has been implicated in ASD as numerous neuroimaging studies have pointed out [13].

Given that it is hypothesized that psychedelics have the ability to alter the DMN once consumed, it could be possible that psychedelics mediate their therapeutic effects in ASD by altering the DMN. Further research is needed in order to elucidate the exact mechanisms by which psychedelics act in the brain of those with ASD.

Within the psychedelic industry, Pilz BioScience appears to be the only company specifically focusing on utilizing psychedelics to treat ASD.

A subsidiary of the Vancouver based Nova Mentis Life Sciences Corp, Pilz BioScience is attempting to harness the potential of psilocybin to target the association between autism and neuroinflammation in the hope of optimizing cellular function as well as modifying cognitive perception.

Using their synthetic derivatives of psilocybin and psilocin to treat ASD, Pilz hopes to commence Phase I clinical trials in 2022. As further research emerges, perhaps so too will more companies and research groups targeting ASD.

Although data from clinical trials is necessary and invaluable with regards to informing both medical professionals and regulatory bodies of the safety and efficacy of psychedelic drugs, so too are the accounts of people living with mental disorders.

In 2019, Aaron Orsini who lives with ASD published his book “Autism on Acid: How LSD Helped Me Understand, Navigate, Alter and Appreciate my Autistic Perceptions” in which he gives an account of his wholly positive experiences as being autistic experimenting with LSD.

Moreover, there exists an entire community of people with autism experimenting with psychedelics who offer support to others in similar positions. The Autistic Psychedelic Community (APC) is a collaborative co-learning community exploring the intersection of psychedelics and neurodivergence.

The APC is currently working in collaboration with the research team at University College London on a survey study exploring the benefits and challenges of naturalistic psychedelic use in people with ASD. If you are a self-diagnosed and/or clinically diagnosed autistic adult who has experience with using psychedelic’s, you can take part in the survey here.

Based on preliminary research findings and the many positive anecdotal reports from members of the Autistic Psychedelic Community, psychedelics do show promise in helping people with ASD manage their symptoms. Ultimately, clinical trials will be needed to explore this potential therapeutic effect of psychedelic’s before they become a viable treatment option.

These are the institutes, from companies to universities, who are working on Autism.

Pilz Bioscience aims to use psychedelics in the treatment of Autistic Spectrum Disorder (ADS), a neuroinflammatory condition. The company is fully owned by Nova Mentis.

The Autistic Psychedelic Community (APC) hosts a weekly (digital) meetup that supports learning about the intersection of ADS and psychedelics.

In October 2021, the Understanding Neuroplasticity Induced by Tryptamines (UNITY) Project was launched at University College London.

These are some of the best-known people, from researchers to entrepreneurs, working on Autism.

Charles Grob is a Professor of Psychiatry & Biobehavioral Sciences and Pediatrics at UCLA. His work with MDMA was the first FDA approved Phase 1 study. He co-founded the Heffter Research Institute and is also affiliated with the Lundquist Institute for Biomedical Innovation.

Alicia Danforth is a clinical psychologist who specializes in psychotherapy for autistic adults (private practice). Next to this she also works on several clinical studies and provides integration work.

Aaron Paul Orsini is the author of Autism on Acid and community organizer around Autism Spectrum Disorder (ASD) and psychedelics at the Autistic Psychedelic Community.

Autistic Schizophrenic Children: An Experiment in the Use of D-Lysergic Acid Diethyladmide (LSD-25)

Modulation of Social Cognition via Hallucinogens and “Entactogens”.

Evaluating the Potential Use of Serotonergic Psychedelics in Autism Spectrum Disorder

Embracing Neurodiversity in Psychedelic Science: A Mixed-Methods Inquiry into the MDMA Experiences of Autistic Adults