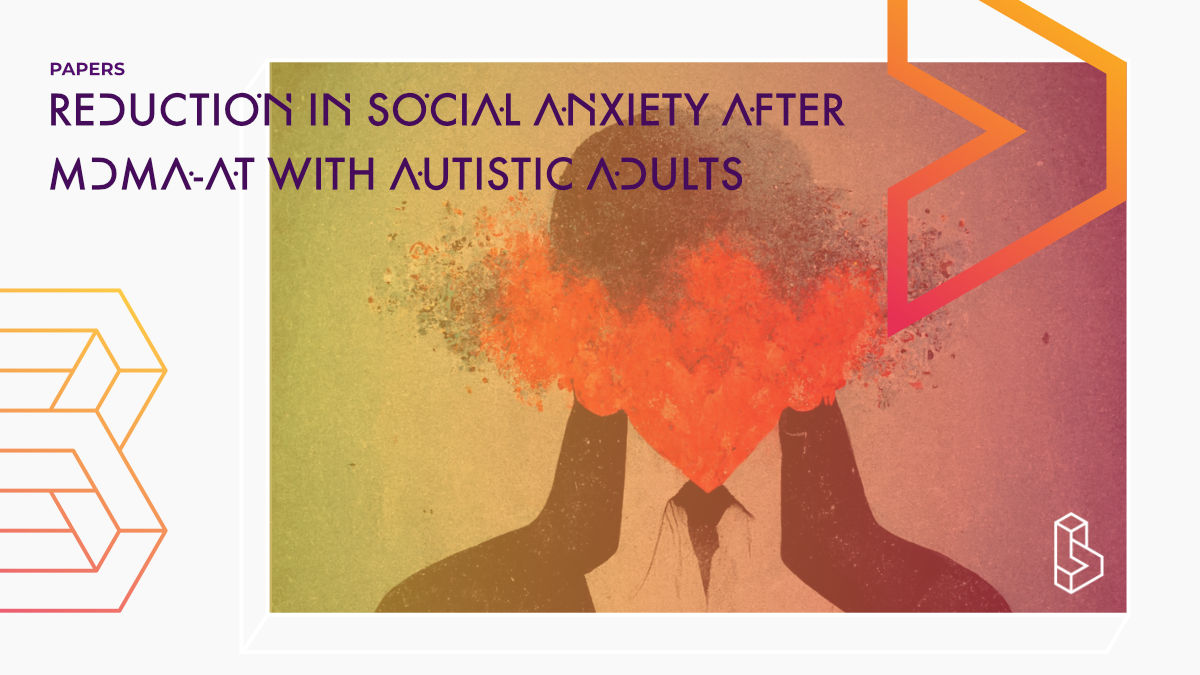 Objectives: To explore the feasibility and safety of MDMA-assisted psychotherapy for reduction of social fear and avoidance that are common in the autistic population.

Results: Improvement in LSAS scores from baseline to the primary endpoint was significantly greater for the MDMA group compared to the placebo group (P = 0.037), and placebo-subtracted Cohen’s d effect size was very large (d = 1.4, CI − 0.074, 2.874). Change in LSAS scores from baseline to 6-month follow-up showed similar positive results (P = 0.036), with a Cohen’s d effect size of 1.1 (CI − 0.307, 2.527). Social anxiety remained the same or continued to improve slightly for most participants in the MDMA group after completing the active treatment phase.

This paper builds on the earlier review work by Danforth et al. (2016).

Alicia Danforth
Alicia Danforth is a clinical psychologist who specializes in psychotherapy for autistic adults (private practice). Next to this she also works on several clinical studies and provides integration work.

Charles Grob
Charles Grob is a Professor of Psychiatry & Biobehavioral Sciences and Pediatrics at UCLA. His work with MDMA was the first FDA approved Phase 1 study. He co-founded the Heffter Research Institute and is also affiliated with the Lundquist Institute for Biomedical Innovation.

MAPS
MAPS stands for Multidisciplinary Association for Psychedelic Studies, it's the front runner in making psychedelics a legal way to use (and improve) in therapy.