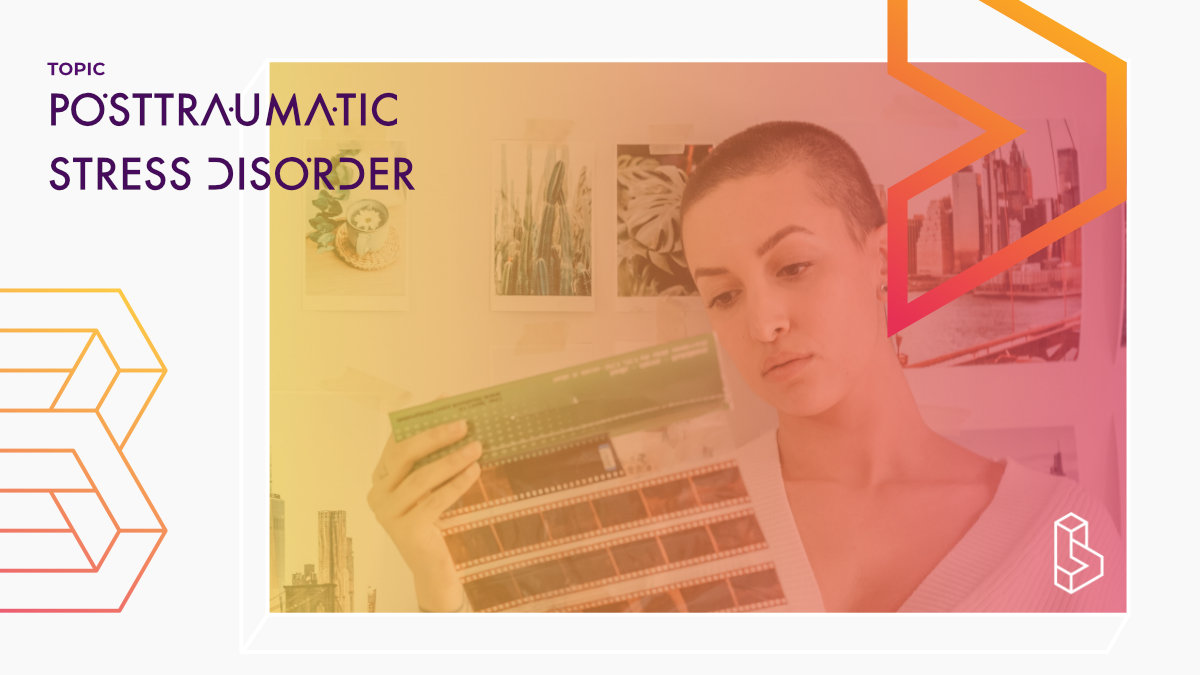 There is estimated to be over 350 million people living with PTSD worldwide. PTSD is a chronic, debilitating anxiety disorder that follows a traumatic event and is often experienced by veterans. In the US alone, approximately 27% of suicides are associated with PTSD.

The main treatments for people with PTSD are medications, psychotherapy, or both. Cognitive processing therapy (CPT) is one form of psychotherapy used to treat PTSD. Several types of medications exist to help improve symptoms of PTSD, with antidepressants being the most studied.

Out of all the psychedelics, MDMA holds significant promise for treating PTSD. MDMA was awarded 'breakthrough therapy' status by the FDA in 2017 for the treatment of PTSD in order to accelerate the drug development process. Research into the use of MDMA to treat PTSD has reached Phase III of the clinical trial process. The results of this trial found that over half of the participants who received MDMA no longer qualified for PTSD diagnosis.

Posttraumatic stress disorder (PTSD) is a psychiatric disorder that may occur in people who have experienced or witnessed a traumatic event such as a natural disaster, a serious accident, a terrorist act, war/combat, or rape or who have been threatened with death, sexual violence or serious injury (American Psychiatric Association, 2020). Although most people who experience traumatic events may have temporary difficulty in adjusting and coping, PTSD symptoms often last for months or years and interfere with day-to-day functioning. PTSD symptoms are generally grouped into four types; intrusive memories, avoidance, negative changes in thinking and mood, and changes in physical and emotional reaction (Mayo Clinic, 2018). Symptoms in these four groups include; recurrent, unwanted distressing memories of the traumatic event, avoiding thinking or talking about the traumatic event, negative thoughts about yourself or the world and being easily startled or frightened, respectively. These symptoms vary from person to person and can also vary in intensity over time. A person must experience symptoms for more than one month to be diagnosed with PTSD by a medical professional (American Psychiatric Association, 2020). Furthermore, PTSD is generally grouped alongside anxiety disorders given the similar symptomology experienced. The global prevalence of anxiety disorders varies from 2.5 to 7 per cent by country, making it one of the most prevalent mental health disorders (Dattani, Ritchie, & Roser, 2021). It is estimated that there 354 million people suffering from PTSD globally (Hoppen & Morina, 2019). This number is attributed to adult war survivors only, thus the global prevalence of PTSD is likely much higher. Other mental disorders such as depression, anxiety and substance use disorder are often experienced comorbidly with PTSD, making it a disorder that can be hard to treat (Mayo Clinic, 2018).

PTSD is often a chronic condition despite the availability of various evidence-based treatment options (Vermetten, et al., 2020). Conventional treatments for PTSD vary from person to person. The main treatments for people with PTSD are medications, psychotherapy, or both (National Institute of Mental Health, 2019). Cognitive processing therapy (CPT) is one form of psychotherapy used to treat PTSD. CPT is delivered over 12 sessions and helps patients learn how to challenge and modify unhelpful beliefs associated with the trauma. After an initial assessment by a medical professional, prolonged exposure therapy (PET) patients are exposed to anxiety-provoking thoughts and images which the therapist helps them to process in a safe environment. Different forms of therapy exist but they share the same goals such as; teaching a person about trauma and its effects, use relaxation and anger-control skills, and change how people react to their PTSD symptoms (National Institute of Mental Health, 2019). Several types of medications exist to help improve symptoms of PTSD, with antidepressants being the most studied. The SSRIs paroxetine and sertraline are FDA approved for PTSD treatment (Mayo Clinic, 2018). Additionally, anxiolytics may be used to relieve severe anxiety however, they are generally used for a short period given their abuse potential.

Out of all the mental disorders which psychedelics hold potential for, PTSD is one of the most researched alongside depression and anxiety disorders. Rick Doblin, the founder of MAPS and one of the most well-known names in the world of psychedelics, introduced the first double-blind, placebo-controlled trial of MDMA-assisted psychotherapy for PTSD in 1994. Since then, a plethora of trials have emerged from across the globe, and are continuing to do so, regarding the potential of psychedelics, particularly MDMA, to treat PTSD. Given the ability of MDMA to help those with PTSD, MDMA was even ‘breakthrough therapy’ status by the FDA. Recently, while working with the FDA, MAPS carried out the world’s first Phase-III clinical trial into MDMA-assisted therapy for PTSD. Led by Jennifer Mitchell, the initial results of this ongoing study demonstrated that 88% of participants who received three controlled and supervised MDMA-assisted therapy sessions experienced a clinically significant reduction in symptoms. Moreover, MAPS are currently sponsoring a range of trials in the U.S and Europe exploring the potential of MDMA to treat PTSD. Serving as the Senior Medical Director at MAPS, Michael Mithoefer is another researcher who is focused on using MDMA to help people with PTSD from his private practice in South Carolina. An in vivo study conducted at the University of Florida found that mice given psilocybin overcame their fear conditioning far better than those given placebo. Such findings lead one to believe that psilocybin-assisted therapy may be used to treat PTSD in humans in the near future.

MDMA differs from classic psychedelics, like psilocybin and DMT, leading it to be classified as an entactogen. Entactogens are psychoactive substances that produce experiences of emotional communion, oneness, relatedness and emotional openness. MDMA acts on the brain by stimulating the release and reuptake of mainly the neurotransmitter serotonin but also dopamine and norepinephrine (National Institute on Drug Abuse, 2017). By elevating these levels of neurotransmitters in the brain people feel more open, have a greater sense of empathy, sensory pleasure and less anxiety (WebMD, 2021). In this state of openness, experts have found that people with PTSD can work through traumatic events more effectively with their therapist.

Numinus Wellness is a Vancouver based company focusing on using MDMA-assisted therapy to treat PTSD. In partnership with MAPS, Numinus have recently been granted approval by Health Canada for an open-label study for MDMA-assisted therapy for PTSD. This study aims to the assess the safety and feasibility of using MDMA to treat PTSD. At present, study preparations are transitioning into the final stages of training staff, importing medication and obtaining ethical approval to allow the recruitment of participants according to COVID-19 public health protocols. This study will be led by Dr Devon Christie, Medical and Therapeutic Services Director at Numinus. New York-based company Seelos Therapeutics is currently developing an intranasal spray for administering ketamine, known as SLS-002. Seelos hopes that once approved, SLS-002 will be available to patients with PTSD, major depressive disorder, or both. As research progresses in this area of psychedelic science, it is likely more companies will enter this place. Nonetheless, pending the results of their Phase-III trial, MAPS has suggested that the FDA could approve MDMA-assisted therapy for the treatment of PTSD as early as 2023.

These are the institutes, from companies to universities, who are working on PTSD.

These are some of the best-known people, from researchers to entrepreneurs, working on PTSD.