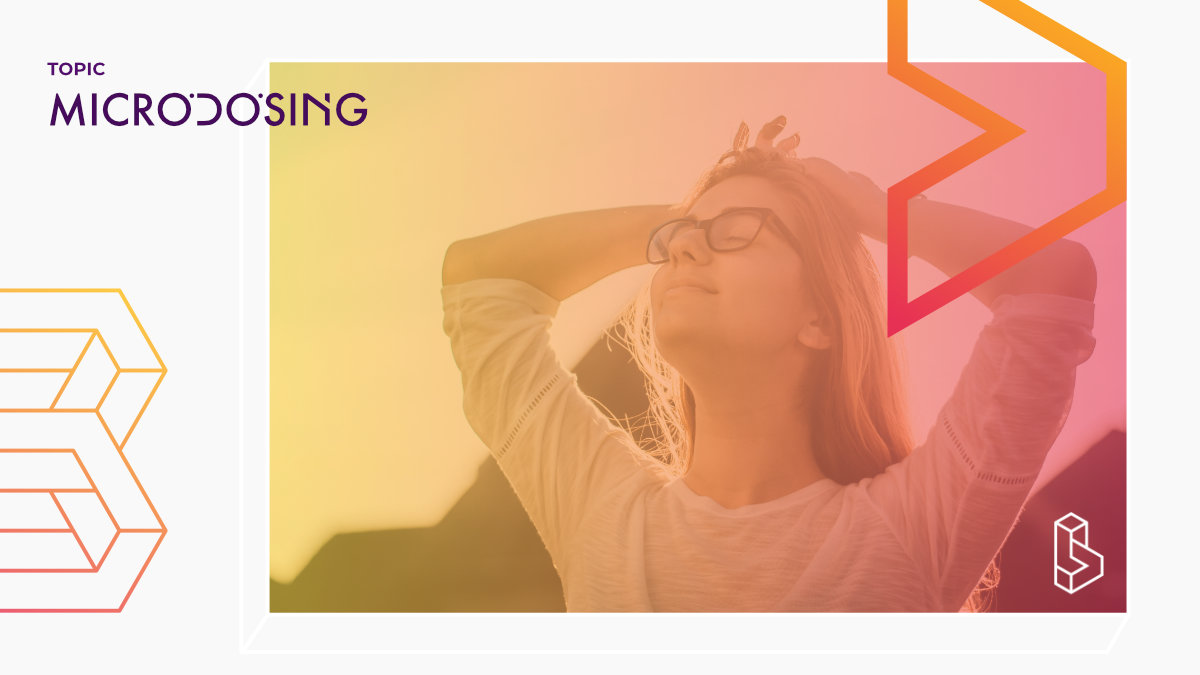 Microdosing is the practice of regularly using low doses of psychedelic drugs. This relatively recent phenomenon was made popular through the anecdotal reports of young professionals from all walks of life, taking sub-hallucinogenic doses of psychedelics for a variety of reasons. Given that people tend to take higher doses of psychedelics for reasons relating to self-exploration, recreation or spiritual purposes, people’s reasons differ for taking psychedelics in such small quantities. Based on anecdotal reports, people’s reasons for microdosing include; improving their mental wellbeing, enhancing their emotional state or even boosting their focus and creativity as they go about their daily lives (Ghosh, 2018). The types of psychedelics used when mircodosing differ from person to person however, minuscule doses of psilocybin-containing mushrooms and LSD tend to be the most popular. Despite a large body of research indicating the positive outcomes of microdosing, many of the studies use a self-reported measure such as surveys and questionnaires and as a result, cannot be used as reliable clinical evidence. Few, if any, scientific studies exist that have specifically explored the pharmacological effects of microdosing and the actual perceived benefits people are reporting. Moreover, no double-blind randomized placebo-controlled trial exists, the ‘gold-standard for testing drug safety and efficacy, exploring the effects of microdosing. Such studies are needed in order to assess both the physiological and cognitive parameters through which microdosing exerts its effects as well as, illuminate any potential negative effects of this practice. Nonetheless, given the wide range of benefits, people are reporting, this particular area of psychedelic science isn’t going unnoticed.

Numerous large-scale survey studies exist exploring why people microdose and the subsequent effects they experience after regularly consuming low doses of psychedelics. One study involving 909 participants found that the most commonly microdosed drugs were LSD (13μg) and psilocybin (0.3g), on a one-day on and two-day off schedule. The same study reported that people who microdose were less likely to report a history of substance use disorders or anxiety disorders. A similar study explored the reported effects of microdosing in 404 individuals who had been diagnosed with a mental or physiological disorder. The researchers found that by microdosing had a significant therapeutic impact on the symptoms of ADHD/ADD when compared to conventional treatments. Hutten and colleagues (2019) found in their survey of 116 microdosers, that one-fifth of this population reported unwanted side effects be them psychological or physical. The same study reported that the majority of participants ceased microdosing due to it being ineffective. In nearly all published studies which explore the effects of microdosing, individual authors share the same conclusion; randomized controlled trials are needed in this area of research.

Kim Kuypers and colleagues (2019) were the first to take the steps toward building a framework for a more scientifically rigorous study of microdosing. In their study, they suggest the term microdosing consists of three components:

Future clinical trials exploring the effects of microdosing, should include several different validated psychological instruments and preferably cover the concepts mentioned in the Research Domain Criteria. Additionally, during such trials physiological effects should be continuously monitored as well as the long-term effects of multiple low-dose administrations of psychedelics (Kuypers, et al., 2019). Recently, Murphy and colleagues (2021) published their study protocol for a randomised, double-masked, placebo-controlled trial of repeated microdoses of LSD in healthy volunteers. This study plans to administer 14 doses of placebo or 10μg of LSD every third day over a 6-week treatment protocol. Measures will include personality, creativity, mood, cognition, electroencephalogram (EEG) to determine brain plasticity as well as resting-state fMRI imaging. A recent study carried out by a research team at Imperial College London is perhaps the first of its kind to investigate the effects of microdosing in slinge-blind placebo-controlled participants. A total of 191 participants received online instructions on how to incorporate placebo control into their microdosing routine without clinical supervision. In both the placebo and study groups, psychological outcomes improved significantly by the end of the study, with no significant difference between groups. Such findings led the researchers to conclude that the anecdotal benefits of microdosing can be explained by the placebo effect, an improvement in symptom despite using a nonactive treatment (Szigeti, et al., 2021). The findings from this study also received attention in the media, with The Guardian, Medical News and News Atlas reporting on the study. Although the study outcome doesn’t point to the benefits of microdosing, such reports in the media are helping to ease psychedelics back into the public discourse with accompanying positive connotations.

A number of companies are looking toward enhancing the availability of microdosing. Vancouver based, Better Plant Sciences offer high-efficacy plant-based products for optimum health and wellness. Their subsidiary, Flourish Mushroom Labs, has a portfolio of over 100 psilocybin formulas. In 2020, Flourish field provisional patents in the US for their psilocybin/psilocin microdose treatments to encourage weight loss. Gilgamesh Pharmaceuticals pipeline includes a non-hallucinogenic serotonin receptor agonist administered as a microdose for ADHD and depression and anxiety disorders. One of the many endeavours of MindMed, they are currently exploring the effects of microdosed LSD on a cognitive performance, sleep quality, mood, neuroplasticity markers, emotion regulation, quality of life, and immune system response, in collaboration with Dr. Kim Kuypers of Maastricht University. MindMed’s microdosing division is also undertaking a Phase-IIa trial evaluating the effects of microdosed LSD in adults with ADHD.

Notwithstanding, it is clear that if we truly want to prove or disprove the many self-reported benefits of microdosing, rigorous clinical trials are needed. One of the factors that is helping to advance psychedelics through the clinical trial process is the fact that they are being used to treat notoriously difficult to treat mental disorders. The fact that many anecdotal reports of microdosing come from healthy individuals seeking to better their mental wellbeing may have initially limited clinical trials taking place.. However, as psychedelic science progresses, research will emerge into this particular are of psychedelic science as it also holds promise for helping people with mental disorders.

These are the institutes, from companies to universities, who are working on Microdosing.

These are some of the best-known people, from researchers to entrepreneurs, working on Microdosing.

Vince Polito is a Senior Research Fellow in the School of Psychological Sciences, and a member of the Biomolecular Discovery Research Centre at Macquarie University.

Macrodosing to microdosing with psychedelics: Clinical, social, and cultural perspectives

On the fallibility of placebo control and how to address it: a case study in psychedelic microdosing

Twenty percent better with 20 micrograms? A qualitative study of psychedelic microdosing self-rapports and discussions on YouTube

Micro-dosing psychedelics as a plausible adjunct to psychosexual and couple’s therapy: a qualitative insight

Motives and side-effects of microdosing with psychedelics among users

Might Microdosing Psychedelics Be Safe and Beneficial? An Initial Exploration

Microdosing as a Response to the Meaning Crisis: A Qualitative Analysis

The effects of microdose LSD on time perception: a randomised, double-blind, placebo-controlled trial

Microdosing psychedelics: More questions than answers? An overview and suggestions for future research

The emerging science of microdosing: A systematic review of research on low dose psychedelics (1955 – 2021)

Psilocybin microdosing does not affect emotion-related symptoms and processing: A preregistered field and lab-based study