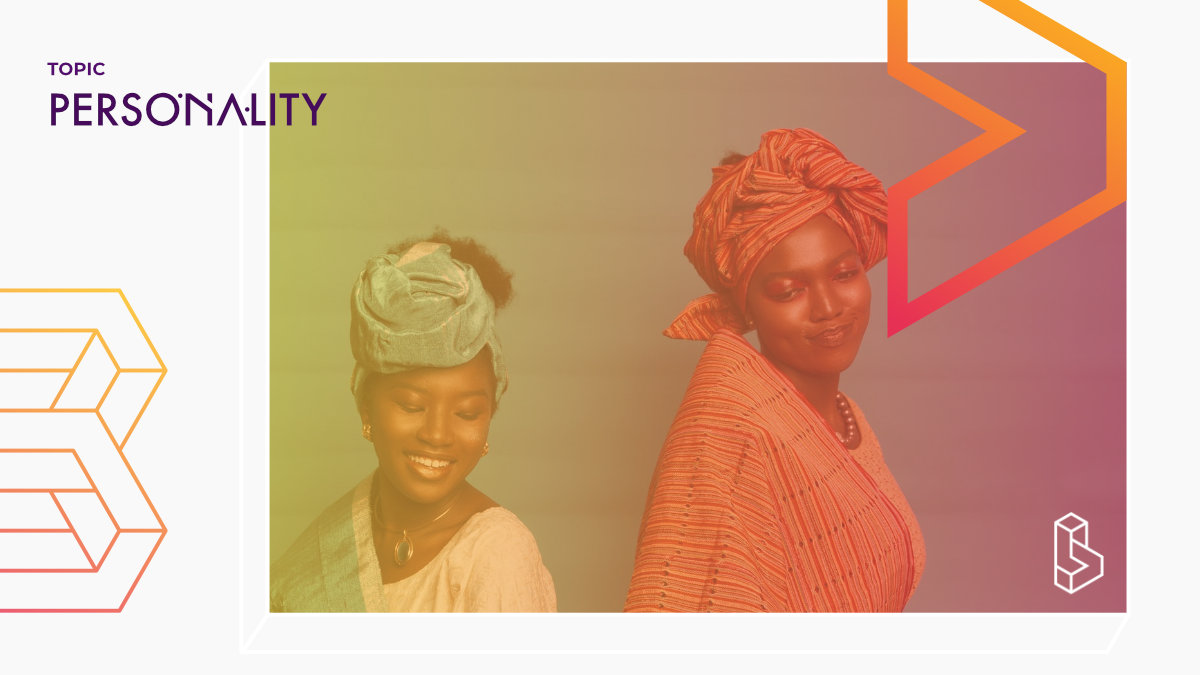 At the simplest level, personality entails the characteristic patterns of thoughts, feelings and behaviours that make a person unique. Personality is ever-changing throughout the course of a person’s life, as they are subject to various environmental factors and life-changing experiences.

Fundamental characteristics of the thoughts and emotions that underlie personality include psychological and physiological processes, a recognisable and regular order to behaviours, how one responds to their environment and acts in certain ways, as well as having multiple expressions which can be seen in our thoughts, feelings, close relationships, and other social interactions [1].

There are numerous ways to characterise personality’s various dimensions, and no universally accepted method exists. One well-known theory has been termed the ‘Big Five,’ NEO PI-R, or OCEAN. As the name suggests, the Big Five consists of five broad categories encompassing various personality traits.

Researching personality can provide fascinating insights into how a person changes and develops over a lifetime. Personality assessments can help people learn more about themselves and their strengths and weaknesses [1].

Such findings can have important real-world implications, such as what career a person may be best suited to or how well they may perform in a particular job. Furthermore, research has found that personality can impact mental and physical health [3].

Given the impact of personality on a person’s quality of life, researchers are continuously exploring personality’s various dimensions to better understand how personality works and if it can be altered.

Using LSD, one placebo-controlled study found decreases in the functional activity and higher-order networks in the brain, which were predictive of increases in Openness up to two weeks after LSD consumption. In this study, brain activity was measured using fMRI, and the Revised NEO Personality Inventory (NEO-PI-R) was used to measure personality traits.

A follow-up study to a MAPS sponsored trial exploring the effects of MDMA-assisted therapy found that increased levels of Openness under the influence of MDMA plays a role in the observed reduction in PTSD post-therapy session. The same study also found that decreased Neuroticism had no effects.

A different open-label study exploring the effects of psilocybin in people with treatment-resistant depression yielded interesting results at the three-month follow-up. These researchers found that Neuroticism was decreased while Extraversion and Openness were increased.

Using the NEO-PI-R, researchers in this separate study also found that a single high dose of psilocybin led to increased Openness and long-term mindfulness.

Microdosing, the practice of regularly using low doses of psychedelics, may also have the ability to lead to changes in personality.

In this prospective survey study, most participants microdosed using either psilocybin or LSD. After one month of microdosing, researchers found increases in Conscientiousness and decreases in Neuroticism, while Agreeableness, Openness, and Extraversion remained unaffected. Additionally, extraversion was positively correlated with participants’ number of lifetime doses and the duration of their prior microdosing experience. In contrast, neuroticism was negatively correlated with the duration of prior microdosing experience.

A study exploring the effects of ceremonial ayahuasca consumption on personality found similar results regarding Neuroticism. Across the Big Five categories, the open-label study reported decreases in neuroticism directly after the ayahuasca ceremony and three months later to be their strongest findings. However, given that there was no control group, these results should be taken lightly.

A survey study conducted by the team at Johns Hopkins found that Neuroticism may contribute to the strength of challenging experiences with psychedelics in uncontrolled settings.

A recent article used case studies to debunk the idea that psychedelic use is linked to increased environmental concern and liberal politics. Instead, it is argued that the psychedelic experience can lead to a shift in any direction of political belief. The authors suggest that the historical record supports the concept of psychedelics as “politically pluripotent,” non-specific amplifiers of the political set and setting.

Thus, while psychedelics may have the ability to alter dimensions of personality positively, it may all come back to the importance of set and setting.

Based on the limited evidence available, psychedelics can potentially impact personality if they are close-minded and perhaps introverted positively. In this area of psychedelic science, further research will tell us if the current increases in Openness we are seeing are associated with positive therapeutic outcomes.

Nonetheless, the ability of these psychoactive drugs to influence a person’s personality is not going unnoticed, and more concrete evidence will emerge in the years to come.

These are the institutes, from companies to universities, who are working on Personality.

These are some of the best-known people, from researchers to entrepreneurs, working on Personality.

Serotonergic psychedelics and personality: A systematic review of contemporary research

Belief changes associated with psychedelic use

Neuroticism is associated with challenging experiences with psilocybin mushrooms

‘Never drop without your significant other, cause that way lies ruin’: The boundary work of couples who use MDMA together.

Cross-sectional associations between lifetime use of psychedelic drugs and psychometric measures during the COVID-19 confinement: A transcultural study

A Gratuitous Grace: The Influence of Religious Set and Intent on the Psychedelic Experience

Psychological variables implied in the therapeutic effect of ayahuasca: A contextual approach

Acute Effects of the Novel Psychoactive Drug 2C-B on Emotions

A window into the intoxicated mind? Speech as an index of psychoactive drug effects

Effects of ecstasy on cooperative behaviour and perception of trustworthiness: A naturalistic study

Additive Effects of 3,4-Methylenedioxymethamphetamine (MDMA) and Compassionate Imagery on Self-Compassion in Recreational Users of Ecstasy

Is Ecstasy an “Empathogen”? Effects of ±3,4-Methylenedioxymethamphetamine on Prosocial Feelings and Identification of Emotional States in Others

Broadening Your Mind to Include Others: The relationship between serotonergic psychedelic experiences and maladaptive narcissism

Ayahuasca may help to improve self-compassion and self-criticism capacities

Psychedelic Experiences and Mindfulness are Associated with Improved Wellbeing

Naturalistic use of psychedelics is related to emotional reactivity and self-consciousness: The mediating role of ego-dissolution and mystical experiences

A single psilocybin dose is associated with long-term increased mindfulness, preceded by a proportional change in neocortical 5-HT2A receptor binding

Psychedelics as Tools for Belief Transmission. Set, Setting, Suggestibility, and Persuasion in the Ritual Use of Hallucinogens

A Semantic Scale Network analysis of the revised Mystical Experiences Questionnaire: A call for collaboration

Classic Psychedelic Use and Mechanisms of Mental Health: Exploring the Mediating Roles of Spirituality and Emotion Processing on Symptoms of Anxiety, Depressed Mood, and Disordered Eating in a Community Sample

On Revelations and Revolutions: Drinking Ayahuasca Among Palestinians Under Israeli Occupation

Psychedelic drug use and schizotypy in young adults

Psychedelics not linked to mental health problems or suicidal behavior: A population study.

Recreational 3,4-methylenedioxy-N-methylamphetamine (MDMA) or ‘ecstasy’ and self-focused compassion: Preliminary steps in the development of a therapeutic psychopharmacology of contemplative practices

Use of Benefit Enhancement Strategies among 5-Methoxy-N,N-Dimethyltryptamine (5-MeO-DMT) Users: Associations with Mystical, Challenging, and Enduring Effects

From Egoism to Ecoism: Psychedelics Increase Nature Relatedness in a State-Mediated and Context-Dependent Manner

Potential Use of Ayahuasca in Grief Therapy

Effect of psilocybin on empathy and moral decision-making

The prosocial effects of 3, 4-methylenedioxymethamphetamine (MDMA): controlled studies in humans and laboratory animals