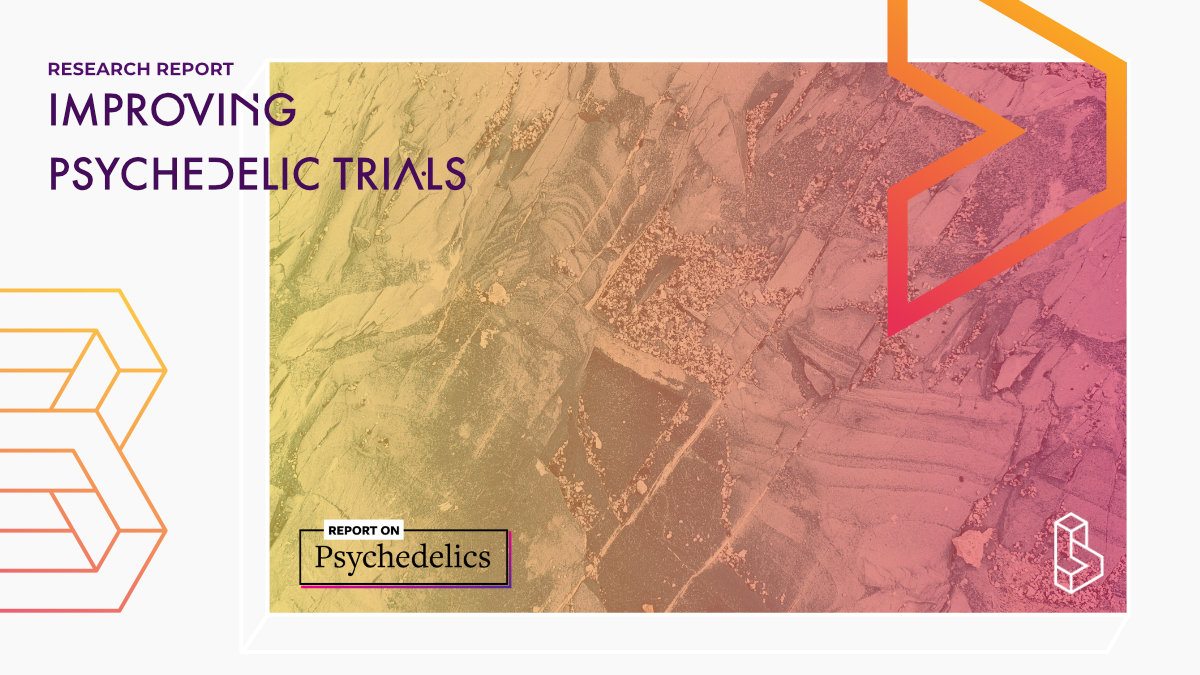 How can we do better, more accurate, research with psychedelics?

The therapeutic potential of psychedelics is garnering significant attention from academics, elected officials and the public alike. Thanks to solid clinical research, the narrative surrounding these psychoactive substances is changing for the better. The medicalization of psychedelics like psilocybin, MDMA and ketamine is slowly becoming a reality. If therapeutic models using these substances are truly going mainstream, they must withstand the scrutiny of the clinical trial process and address the inherent methodological issues which often occur conducting such trials.

For example, the proliferation of news articles regarding the promise of psychedelic-assisted therapies is paradoxically leading to expectancy effects among clinical trial participants i.e overwhelmingly positive news articles are leading people to believe that psychedelic-assisted therapy will ‘cure’ any mental health problem they may be experiencing. In reality, psychedelics will not work for everyone and are by no means a silver bullet aimed at global mental health.

A recent preprint article explores some of the major methodological issues faced when conducting clinical trials with psychedelics. As well as the issues surrounding expectancy effects, the researchers identified several unique sources of potential bias when conducting such trials:

The researchers in the present study recommend a number of design elements for future research in order to minimize the risk of bias:

The present study seeks to improve the clinical trial process involving psychedelics. Legitimatizing psychedelic research is no mean feat. However, addressing the issues identified in this study and taking the authors recommendations into account will help to bring psychedelic-assisted therapies to the masses.

Examining the trip-reports of more than 1400 people

Researchers have long been fascinated with the ability of psychedelics to induce mystical-type experiences and the effect such experiences can have on therapeutic outcomes. While tools such as the Mystical Experience Questionnaire have helped researchers to characterize and quantify mystical experiences in the clinical setting, little is known about the implications of such experiences outside of this setting.

The present study sought to examine these implications and the content of mystical experiences in people using psychedelics outside of the clinical setting. To do so, the researchers used a mixed-methods approach. Firstly, text mining analysis was used to assess over two thousand written reports of first-person psychedelic experiences. The results of this analysis yielded a qualitative description with regards to the content of the psychedelic experience. Secondly, the researchers conducted a quantitative analysis of psychometric data from a large survey (n=1424) to explore the associations between psychedelic use, mystical experiences and psychological wellbeing.

The study at hand presents an understanding of the natural interactions between humans and psychedelics without the influence of clinical or laboratory interventions. Another way the bias of the researchers was minimized is by using text mining to come to the themes, so as not to impose their preconceived ideas of what people should report from a trip.

Recreational users experience mystical states and these states are associated with improved psychological well being. This has, of course, been known by many who use psychedelics outside of the lab. This analysis adds another data point as to the existence of these positive outcomes and when they happen. Lest we forget, attention to safety is needed when planning any psychedelic experience, be it recreationally or in a laboratory.

Getting 5-MeO-DMT through clinical trials

In the world of psychedelics, 5-Methoxy-N,N-Dimethyltryptamine (5-MeO-DMT) is a somewhat controversial substance. Much of this controversy relates to Bufo alvarius, or the Sonoran Desert Toad, which secretes a venom rich in 5-MeO-DMT to keep predators at bay. The recent popularization of psychedelics on television and in the media has led to an increase in the practice of catching and “milking” these toads in order to extract the psychoactive venom. Perhaps unbeknownst to these curious psychonauts, such practices are pushing this species towards extinction.

Given the therapeutic potential of 5-MeO-DMT, researchers are exploring the possibility of utilizing lab-created synthetic alternatives of this molecule. Beckley Psytech is one such company that is currently conducting a Phase I study exploring the safety and tolerability of a novel formulation of intranasal 5-MeO-DMT. Another company in this area of psychedelic science is GH Research who have just published the findings from their Phase I study investigating GH001, their proprietary inhalable 5-MeO-DMT formulation.

Overall, the findings of the present study show that the novel formulation of 5-MeO-DMT, GH001, is safe and is well tolerated. Such findings are important for future therapeutic applications of any 5-MeO-DMT formulation as well as ensuring the conservation of Bufo alvarius.

Another survey study, this time of 150 people before and after a psychedelic trip, assessed changes in participants personality traits following the experience. It was found that the use of psychedelics was associated with increases in agreeableness and substantive decreases in neuroticism, traits that are related to social functioning. These findings suggest that psychedelics may be used to treat interpersonal elements of personality pathology as well as loneliness.