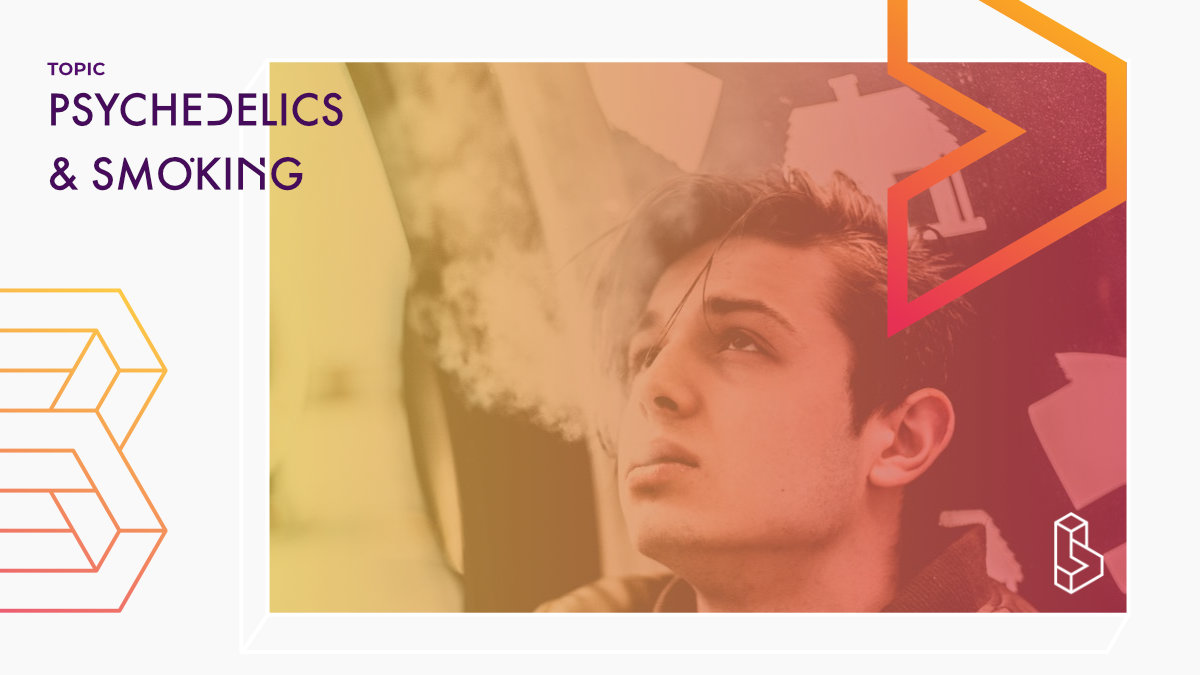 1.3 billion people across the globe continue to use tobacco. Over 80 per cent of these users live in low- and middle-income countries, where the burden of tobacco-related illness and death is heaviest.

Smoking is defined as the act of inhaling and exhaling the fumes of a burning substance. The most commonly smoke substances are plant materials, with the most common being the dried leaves of the tobacco plant. Other smoked plant materials include cannabis while other substances that are often smoked include crack cocaine, heroin and other drugs, however, they will not form the basis of this article.

Smoking is a centuries-old practice that has roots in various cultures across the globe. Originating in the Americas where tobacco plants were cultivated for use in religious ceremonies and medicinal purposes, smoking found its way to Europe via sailors returning from their travels in the New World. The practice quickly took off as people believed it had an array of health benefits. Smoking quickly spread across the globe as people started cultivating tobacco plants the world over [1]. As the years progressed and technology advanced, cigarettes became mass-produced and were more popular than ever.

Nicotine is the major psychoactive substance in the tobacco plant. Nicotine is highly addictive and is largely the reason people continue to smoke as inhaling tobacco smoke delivers high levels of nicotine to the brain in seconds [2]. In the brain, nicotine binds to receptors which initiate chemical reactions that create short-lasting feelings of pleasure and concentration. The substance stimulates the release of adrenaline and other neurotransmitters in the brain to elicit its effects [3].

People easily become dependent on nicotine, causing them to smoke more and more. This creates many health problems for the individual as tobacco and tobacco smoke contain thousands of chemicals that lead to lung damage, cancer and more. A single cigarette is believed to contain over 7,000 toxic chemicals as well as nicotine which makes the habit hard to quit. People become increasingly dependent on nicotine which, in turn, causes them to increasingly smoke, further exacerbating their risk of developing numerous diseases and health issues [4].

Smoking is therefore a substance use disorder (SUD) as a person becomes dependent on the nicotine in tobacco. In this SUD, people cannot stop smoking and have withdrawal symptoms if they try to stop and continue to smoke despite health problems. Often, smoking quickly becomes part of one’s daily routine and gets intertwined with habits and feelings. For example, people begin to associate stress with smoking or they may start associating smoking with breaks from work, drinking alcohol or spending time with friends [5].

As is the case with many SUDs, there is no one exact cause. Several factors have been put forward as to why people begin to smoke including socioeconomic status, environmental factors such as a family history of smoking, the influence of peer groups as well as having other substance use issues, to name a few [6].

Despite tobacco use killing up to half its users and causing more than 8 million deaths annually, roughly 1.3 billion people across the globe continue to use tobacco. Over 80 per cent of these users live in low- and middle-income countries, where the burden of tobacco-related illness and death is heaviest. Moreover, the economic costs of tobacco use are substantial and include significant health care costs for treating the diseases caused by tobacco use as well as the lost human capital that results from tobacco-attributable morbidity and mortality [7].

The global economic costs of tobacco use are estimated to be $1.85 trillion, or around 1.8% of global GDP. This largely relates to the medical costs associated with smoking-related diseases such as cancer, lung disease, heart disease and chronic obstructive pulmonary disease (COPD), and more [8]. Another contributing factor to these enormous costs and associated diseases is second-hand smoke. Also known as passive smoking, exposure to smoke as a non-smoker can contribute to health problems, particularly in children whose parents smoke [7].

While large-scale public health efforts to reduce smoking such as pictorial campaigns, bans on tobacco advertising and increased taxes on cigarettes have helped to decrease the global prevalence of smoking, the widespread availability of cigarettes means that many continue to smoke. Some treatment options do exist for these people.

A range of behavioural therapies and some medications exist to help people stop smoking. However, the highly addictive nature of nicotine and the impact it has on people’s daily routines as they become dependent means that multiple attempts are often needed to successfully quit.

One of the most common medications used to help smoking cessation is nicotine replacement therapy (NRTs). A variety of NRTs exists (e.g. lozenge, gum, dermal patch) and are often used in the early stages of cessation to help relieve withdrawal symptoms and cravings. Other approved medications include bupropion and varenicline. Bupropion was originally approved as an antidepressant but has proven to be effective in helping people stop smoking. On the other hand, varenicline helps to reduce nicotine cravings but acts on the same receptor to a lesser degree than nicotine [10].

Medications are often used in tandem with therapy/counselling. These behavioural treatments help a person develop the skills necessary to give up tobacco for good. Many hospitals, health care plans, healthcare providers and employers offer treatment programs in individual or group format wherein, triggers (such as emotions or situations that make a person want to smoke) are identified and plans are made to help a person get through the cravings [11].

Nevertheless, many people relapse when trying to stop smoking. This is likely due to the nature of the addiction. The fact that cigarettes are widely available makes the process all the more difficult. Public health experts are continuing to look for more effective ways to help people stop smoking. Psychedelic researchers may have some of the answers.

Smoking is a form of substance use disorder. Many psychedelics are showing significant potential in the treatment of various SUDs, one of which is smoking.

While companies in the psychedelic space are yet to pursue this potential use of psychedelics, research on the matter has taken place in some well-known institutions and further research is planned.

One of the most prominent studies in the early stages of the so-called psychedelic renaissance explored the effects of psilocybin-assisted therapy on smoking cessation. This was the first of its kind of study was conducted by Matthew Johnson and his colleagues at Johns Hopkins. The open-label trial investigated the effects of using psilocybin in conjunction with cognitive behavioural therapy (CBT) in 15 psychiatrically healthy nicotine-dependent participants who had previously tried to quit smoking.

In the trial, participants were given moderate (20 mg/70 kg) and high (30 mg/70 kg) doses of psilocybin within a structured 15-week smoking cessation treatment protocol. It was found at the 6-month follow-up, that 80 per cent of participants remained smoke-free, compared to less than 35 per cent for other interventions. Numerous studies have followed up on the original findings.

The long-term follow-up (≥12 months after psilocybin administration) found that 67 per cent of participants didn’t return to smoking (biologically confirmed) and this number was 60 per cent at an average of 30-months follow-up.

Albert Garcia-Romeu and his colleagues assessed the prevalence of mystical-type experiences in the study participants. This study found that abstainers scored significantly higher on a measure of psilocybin-occasioned mystical experience. While no significant differences in general intensity of drug effects were found between groups, suggesting that mystical-type subjective effects, rather than the overall intensity of drug effects, were responsible for smoking cessation.

In a separate interview follow-up at an average of 30 months, participants reported gaining vivid insights into self-identity and reasons for smoking from their psilocybin sessions. Experiences of interconnectedness, awe, and curiosity persisted beyond the duration of acute drug effects. Participants emphasised that the content of psilocybin experiences overshadowed any short-term withdrawal symptoms. Preparatory counselling, strong rapport with the study team, and a sense of momentum once engaged in the study treatment were perceived as vital additional factors in achieving abstinence.

In 2017, the team at Johns Hopkins also conducted a survey study (n=358) to investigate the effects of naturalistic psychedelic use on smoking cessation. Of the 358 participants, 38% reported continuous smoking cessation, 28% reported a persisting reduction, and 34% reported a temporary reduction before returning to baseline smoking levels.

Many review articles point to the therapeutic potential of using ayahuasca for treating substance use disorders. While few randomized-controlled trials have taken place with ayahuasca, some survey studies and positive anecdotal reports exist surrounding this psychedelic’s ability to help people quit smoking. These positive benefits largely come from Indigenous populations who use ayahuasca for religious purposes as well as the many people who have travelled to countries like Peru and Colombia where they can take part in ayahuasca ceremonies led by Indigenous groups.

One survey study (n=411) assessed the factors that predict smoking cessation in people who reported quitting or reducing smoking following ayahuasca consumption. Mystical experience and frequency of ayahuasca intake were protective factors, while positive mood (measured by the MEQ30) during the ayahuasca experience was a risk factor. Qualitative analysis revealed eight themes related to the process of smoking cessation/reduction including acquired awareness, spiritual awareness and increased motivation, to name a few.

The Future of Psychedelics and Smoking Cessation

To date, Mydecine appears to be the only company that has selected smoking cessation along with substance use disorders in general as targets for one of its compounds. Based in Denver, Colorado and with offices in Leiden, Netherlands, Mydecine hope that its proprietary tryptamine compound MYCO-004 can be used for smoking cessation. Compared to conventional psychedelics, MYCO-004 is short-acting (~2hours), transdermally applied and allows for precision dosing.

As other psychedelics are continuing to help people better manage an array of substance use disorders, it may only be a matter of time before they are put to the test in smoking cessation. While further research is needed, the future looks bright for using psychedelics to help smokers kick the habitat once and for all and minimize the health risks to themselves and others around them.

6. National Center for Chronic Disease Prevention and Health Promotion (US) Office on Smoking and Health. (2012). Preventing Tobacco Use Among Youth and Young Adults: A Report of the Surgeon General. Centers for Disease Control and Prevention. https://www.ncbi.nlm.nih.gov/books/NBK99236/

8. Vulovic, V. (2019). Economic Costs of Tobacco Use. A Tobacconomics Policy Brief. The University of Illinois at Chicago. https://tobacconomics.org/files/research/523/UIC_Economic-Costs-of-Tobacco-Use-Policy-Brief_v1.3.pdf

These are the institutes, from companies to universities, who are working on Smoking.

These are some of the best-known people, from researchers to entrepreneurs, working on Smoking.

Classic Psychedelics in Addiction Treatment: The Case for Psilocybin in Tobacco Smoking Cessation

Ayahuasca and tobacco smoking cessation: results from an online survey in Brazil