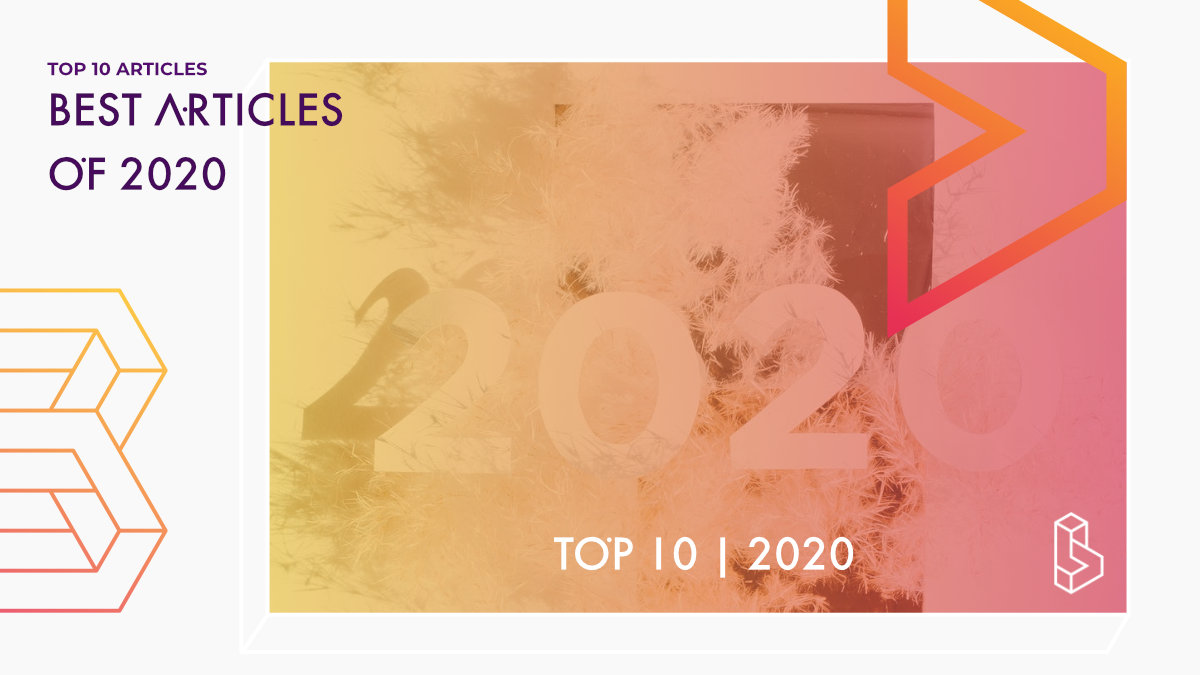 Psychedelics research has been on a roll in 2020. Whilst much of the outside world dealt with a global pandemic, research on psychedelics continued its march forward. This top 10 will walk you through some of the most impactful papers of the last year.

The papers have been selected from the 2.000 to 38.000 papers published last year on psychedelics (PubMed vs Google Scholar). Most of the ones below have already been featured in our monthly round-ups of psychedelic research. And although the top-cited paper ‘only’ has 27 citations at this moment, I expect many of these to become future classics.

Learn about a ground-breaking trial with psilocybin for major depressive disorder, the long-term outcomes of MDMA-assisted psychotherapy for PTSD, how psychedelics work in the brain, and how to make psychedelics at scale.

Psilocybin has been studied, in combination with therapy, as a potential for helping those with treatment-resistant depression (TRD, e.g. Carhart-Harris et al., 2017). Those suffering from TRD represent 10 to 30% of those suffering from depression (Al-Harbi, 2012). So the current study by Davis and colleagues with a larger (possible) patient group (not only those with TRD but all with MDD) offers evidence that psilocybin-assisted therapy is an option for treatment.

The study used two sessions with a high dose of psilocybin and found a clinically significant response (<50% lower score on depression score) in 71% of patients four weeks later. Although the study was open-label and done with 24 participants, it offers hope that psychedelic-assisted therapy will become a viable option to improve symptoms of depression.

An even longer follow-up has been done by Jerome and colleagues on the results of the Phase 2 trials FDA trials led by MAPS. At twelve months later, 67% of participants in the double-blind study didn’t meet the criteria for PTSD. Of the participants in the study, more than half indicated that they experienced large benefits that continued or grown over time.

This is another positive signal that psychedelics may become a treatment option for those suffering from mental health disorders. An analysis of the costs of this medical model by Marseille and colleagues optimistically models that MDMA-assisted psychotherapy for PTSD can add many good years (QALY) at lower costs than conventional treatments.

Who says that therapy assisted by psychedelics needs to be done one person at a time. Anderson and colleagues show, with this pilot study (n=18), that psilocybin can be useful in treating demoralization, it also has the potential to be used in a group setting. Although more studies are needed, doing the preparation and follow-up (or even the session with psychedelics) in a group setting shows the potential to improve the costs side of the equation even further.

4. Exploratory Controlled Study of the Migraine-Suppressing Effects of Psilocybin

Psychedelics as therapeutics have been catching headlines as treatments for PTSD, depression (TRD, MDD), addiction (see below), and many more mental health disorders/symptoms. Schindler and colleagues expand the reach of psychedelics with the first double-blind, placebo-controlled study (n=10) with a medium dose of psilocybin for migraines.

The study found a significant reduction in migraines up to two weeks later. Via which mechanisms this happens is currently still up for debate, a recent review of psychedelics for cluster headaches identified changes in functional connectivity as a possible route.

This is what Cameron and colleagues explored in their paper on tabernanthalog, an analog to ibogaine which (in mice) led to similar structural neural plasticity (something seen with other psychedelics too, e.g. Ly et al., 2018 or Barrett et al., 2020), reduction in addiction-like behavior, and antidepressant-like effects. If these results translate to humans, it could mean that this new type of psychedelics (without the acute effect and lower to no toxicity) a possible therapeutic for even more people.

6. Me, myself, bye: regional alterations in glutamate and the experience of ego dissolution with psilocybin

A closer inspection of what happens inside the brain during a psychedelic experience was done by Mason and colleagues. This paper investigates the changes in the neurotransmitter glutamate in different brain areas. The authors conclude that psychedelics may increase neuroplasticity via glutamatergic activity. In the double-blind, placebo-controlled brain imaging study, lower levels of hippocampal glutamate were associated with a positively experienced ego dissolution.

Many other studies in 2020 investigated the neuronal changes at the peak of a psychedelic experience. Alamia and colleagues provide further evidence of changed cortical waves under DMT. Whilst Varley and colleagues find that psilocybin and LSD increase fractal dimensions in brain areas related to spatial and temporal domains.

7. The Acute Effects of the Atypical Dissociative Hallucinogen Salvinorin A on Functional Connectivity in the Human Brain

Shaking up our understanding of the mechanisms of psychedelics is this study by Doss and colleagues. The study gave participants the k-opioid receptor agonist Salvinorin A and used an fMRI scanner to see what happened. Surprisingly, this very different-acting psychedelic elicited very similar effects like a decrease in the default mode network (DMN).

Although the study was small (n=12) and done with those who were very experienced with psychedelics (>250 experiences under their belt on average), it shows that other pathways may elicit similar effects in the brain. Something that is also argued by Müller and colleagues who found similar neuronal changes with MDMA.

How psychedelics work inside the brain can be studied at different levels of explanation. The studies above, mostly, looked at changes in and between networks of brain areas. This study, published in the prestigious Cell, by Roth and colleagues offer an explanation at the level of the cell receptor, the 5-HT2A serotonin receptor.

This study, just like the one on tabernanthalog, increases our understanding of how to separate the brain-plasticity (therapeutic) effects from the acute psychedelic effects. It also, in quite technical language, explains how psychedelics bind to this serotonin receptor.

A final area of interest this year was the production of psychedelics itself. If they are to be available for thousands (upon thousands) of people, the production (and administration) of psychedelics needs to be done at scale and with lower costs. Kargbo and colleagues (primarily at Usona Institute) have made available a way of making psilocybin at scale (1kg, or >33.000 high dosages).

This paper though wasn’t the only one to look at novel ways of producing psychedelics. Milne and colleagues were able to use brewer’s yeast to produce not only psilocybin, but also norbaeocystin, baeocystin, and aeruginascin. And co-authors on the paper of this section, Cozzi and Daley also synthesized DMT for clinical trials.

The studies above provide a glimpse into the brave new future of psychedelics research. They show the ways in which psychedelics can be beneficial, how they work in the brain, and even how we can produce them at scale. Looking back at the research, in the most often cited paper of the year, Reiff and colleagues summarize the current findings on psychedelics for psychedelic-assisted psychotherapy.

They identify and celebrate the studies with MDMA for PTSD, the psilocybin trials for depression and cancer-related anxiety. This review looked only until the middle of 2019 and since then studies like the ones above have added more evidence for psychedelics as therapeutics. Another review by Goldberg and colleagues came to a similar conclusion, finding large positive effects on a variety of mental health symptoms.

Notable Mentions of Psychedelic Papers in 2020

Next to sneaking in a number of papers in the text of the top 10, there were many other interesting papers that were published in 2020. Here is a small selection of other papers that stood out to me.