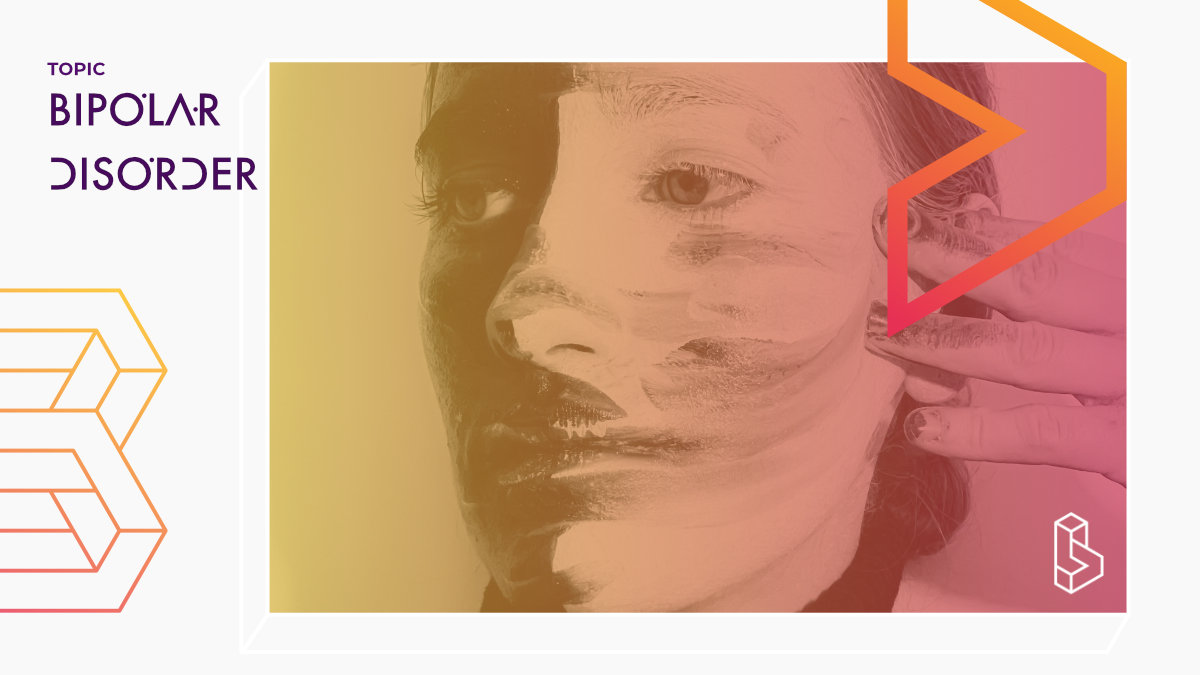 Psychotherapy is the first point of call for anyone with bipolar disorder. Types of therapy used include; interpersonal and social rhythm therapy (IPSRT), cognitive behavioural therapy (CBT) and family-focused therapy. Mood stabilizers like lithium are commonly given in order to control manic or hypomanic episodes. Antipsychotic medications like risperidone are prescribed alongside a mood stabilizer if symptoms of mania or depression persist.

Bipolar disorder (formerly called manic-depressive illness or manic depression) is a mental disorder that causes unusual shifts in mood, energy, activity levels, concentration, and the ability to carry out day-to-day tasks (National Institute of Mental Health, n.d). People living with bipolar disorder experience extreme mood swings that include emotional highs (mania or hypomania) and lows (depression) (Mayo Clinic, n.d). In a depressed state, people may feel sad or hopeless. When a person’s mood shifts to a manic state, they can feel euphoric and full of energy. The less severe manic episodes are known as hypomanic episodes. Three main types of bipolar disorder exist; bipolar I disorder, which consists of manic episodes that last at least seven days followed by depressive episodes that last at least two weeks; bipolar II disorder, defined by a pattern of depressive episodes and hypomanic episodes but not full manic episode seen in bipolar I disorder and cyclothymic disorder, which is defined by periods of hypomanic symptoms as well as periods of depressive symptoms lasting for at least 2 years (National Institute of Mental Health, n.d). In order to be diagnosed with bipolar disorder according to the DSM-V, a person must experience episodes of mania in which they have a decreased need for sleep, inflated self-esteem or racing thoughts, amongst others. Symptoms of depressive episodes are measured over two weeks and consist of a depressed mood most of the day, loss of pleasure in life, feelings of worthlessness and recurrent suicidal ideation, to name a few (American Psychiatric Association, 2013). Like many mental disorders, the exact causes of bipolar disorder remain unknown however, having a first degree relative with the disorder is a major risk factor (Mayo Clinic, n.d).

Diagnosing bipolar disorder can involve a physical exam, psychiatric assessment, mood charting or a combination of each. In order to diagnose bipolar disorder, a number of tools are available. The Structured Clinical Interview for DSM-V (SCID) and the Schedule for Affective Disorders and Schizophrenia (SADS) are two semi-structured interviews administered by clinicians to diagnose the major DSM-V diagnoses. Separate scales exist to gauge the severity of manic symptoms. Together with the Young Mania Rating Scale (YMRS), the Bech-Rafaelsen Mania Rating Scale (MAS) generally assess motor activity, verbal activity, flight of thoughts, voice/noise level, hostility/destructiveness, mood (feelings of wellbeing), self-esteem, contact with others, sleep changes, sexual interest, and work activities in people with manic symptoms (Miller, Johnson, & Eisner, 2010). Once diagnosed with bipolar disorder, a range of treatment options exist. Psychotherapy is the first point of call for anyone with bipolar disorder. Types of therapy used include; interpersonal and social rhythm therapy (IPSRT), cognitive behavioural therapy (CBT) and family-focused therapy. Psychotherapy is often combined with medications, of which there are many. Mood stabilizers like lithium are commonly given in order to control manic or hypomanic episodes. Antipsychotic medications like risperidone are prescribed alongside a mood stabilizer if symptoms of mania or depression persist. Furthermore, antidepressants and anxiolytic medication can also be prescribed (Mayo Clinic, n.d). Despite the wide range of therapy and medications available to treat bipolar disorder, the disorder remains notoriously difficult to treat and there is no cure. Fortunately, there is some successful work being done exploring the potential of psychedelic therapy for treating bipolar disorder.

There is an abundance of research focusing on using psychedelics to treat depression, the ‘low phase’ of bipolar disorder. However, such results may not easily translate to bipolar disorder given the nature of the manic phase, with some believing psychedelics may aggravate manic episodes (Janikian, 2020). Researchers are sceptical that classic psychedelics like psilocybin or LSD could induce manic states as a result of the serotonin receptor (5-HT2A) agonism they exhibit. As a result, many trials investigating the therapeutic potential of psychedelics for bipolar disorder are utilizing ketamine, which exerts its effects through a different mechanism of action to classic psychedelics. A comprehensive review of the effects of ketamine on symptoms of both depression and bipolar disorder found that ketamine alleviated the symptoms of both disorders. A separate meta-analysis of six randomized-controlled trials found that, while ketamine did reduce symptoms of bipolar disorder, the maintenance of its efficacy failed to reach significance after four days. In a more recent review, researchers found that a single dose of intravenous ketamine reduced depression severity in bipolar disorder. These findings, and more, suggest that further research is warranted into the efficacy and safety of using ketamine to treat bipolar disorder. While researchers are sceptical that classic psychedelics may induce manic states, a recent review of cases studies using various psychedelics to treat bipolar disorder concluded that there is some evidence of risk of activating mania with these substances, but that the risk does not appear to be strong or overwhelming. The authors of this review suggest that focusing on an appropriate ‘set’ and ‘setting’, and targeting those lowest at risk for mania in the bipolar spectrum may be the best way to proceed with further clinical trials. At present, there is one clinical trial underway exploring investigating the potential of using psilocybin to treat bipolar disorder type-II. This trial is being conducted by the Sheppard Pratt Health System in collaboration with Compass Pathways. This trial is administering 25mg of psilocybin to bipolar persons in a depressed state.

These are the institutes, from companies to universities, who are working on Bipolar Disorder.

These are some of the best-known people, from researchers to entrepreneurs, working on Bipolar Disorder.

Switch to mania after ayahuasca consumption in a man with bipolar disorder: a case report

Evaluating the Risk of Psilocybin for the Treatment of Bipolar Depression: A Systematic Review of Published Case Studies

The use of ketamine as an antidepressant: a systematic review and meta-analysis

Mania following use of ibogaine: A case series

Ketamine for the treatment of major depressive disorder and bipolar depression: A review of the literature

Administration of ketamine for unipolar and bipolar depression

Comparative efficacy of racemic ketamine and esketamine for depression: A systematic review and meta-analysis

Risks and benefits of psilocybin use in people with bipolar disorder: An international web-based survey on experiences of ‘magic mushroom’ consumption

“A sense of the bigger picture:” A qualitative analysis of follow-up interviews with people with bipolar disorder who self-reported psilocybin use

Prospective association of psychological pain and hopelessness with suicidal thoughts

Use of repeated intravenous ketamine therapy in treatment-resistant bipolar depression with suicidal behaviour: a case report from Spain

Rapid infusion of esketamine for unipolar and bipolar depression: a retrospective chart review

Treating Bipolar Depression with Esketamine: Safety and Effectiveness data from a naturalistic multicentric study on Esketamine in Bipolar versus Unipolar Treatment-Resistant Depression

Ketamine's effect on inflammation and kynurenine pathway in depression: A systematic review

Ketamine in Bipolar Disorder: A Review

A Physician’s Attempt to Self-Medicate Bipolar Depression with N,N-Dimethyltryptamine (DMT)

Efficacy and safety of ketamine in bipolar depression: A systematic review

Efficacy of ketamine for major depressive episodes at 2, 4, and 6-weeks post-treatment: A meta-analysis

Ketamine administration in depressive disorders: a systematic review and meta-analysis