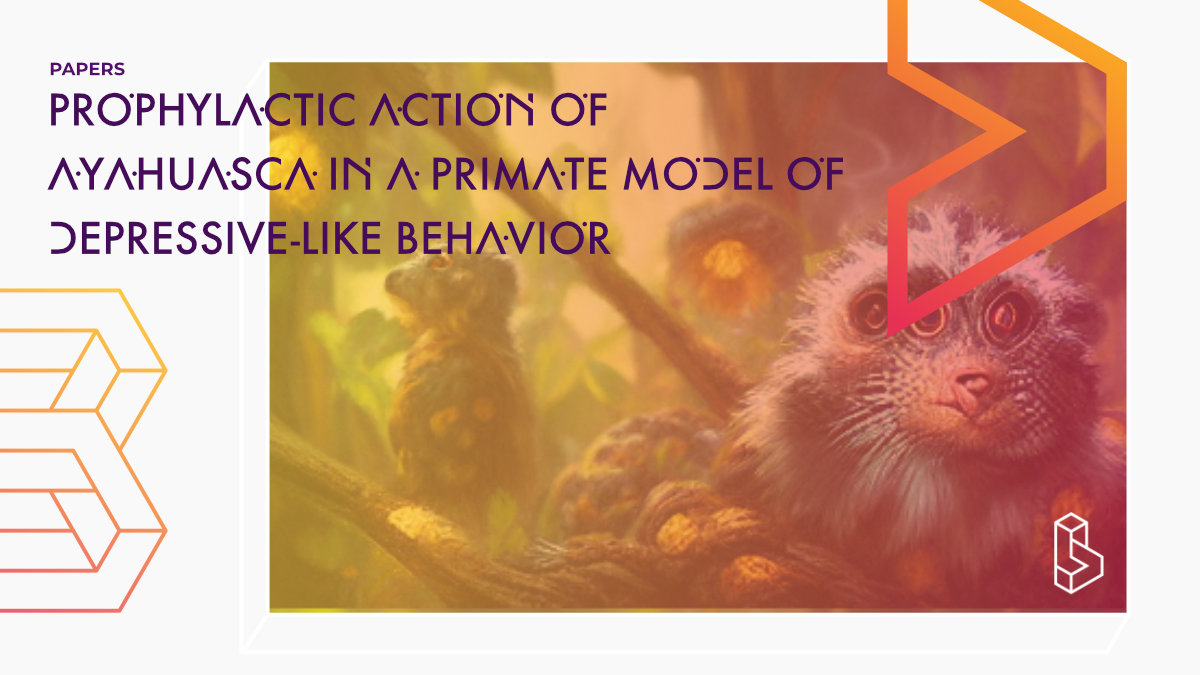 This primate study (n=12) found that ayahuasca (at 3 points in time) led to better resilience to being separated from the family groups. The animals that had received ayahuasca (n=6) showed no indication of anhedonia (inability to feel pleasure) and showed higher cortisol reactivity (positive).

“Observational studies of long-term users of ayahuasca, an Amazonian psychedelic brew, suggest an increase in resilience via improvements in emotion and cognition. Ayahuasca has also demonstrated clinical antidepressant effects in human and animal studies; however, its potential prophylactic action in depression has not been previously studied. Therefore, this experimental study sought to evaluate the potential prophylactic effects of repeated and long-term ayahuasca use, via the modulation of resilience, in a non-human primate animal model, Callithrix jacchus, subjected to a protocol for induction of depressive-like behavior. For the formation of the study groups, some juvenile marmosets were kept in their family groups (GF = 7), while for the two experimental groups, the animals were removed from the family and kept socially isolated. Then, part of the isolated animals made up the group in which ayahuasca was administered (AG, n = 6), while for others, no intervention was made (IG, n = 5). AG animals took ayahuasca (1.67 mL/300g body weight) at weeks 4 (before isolation), 8, and 12 (during isolation) of the study. More adaptive stress response was observed for the AG when compared to the IG. The AG showed higher cortisol reactivity and fecal cortisol levels than IG, while both measures were similar to FG. Moreover, AG animals showed no signs of anhedonia and no increase in chronic stress-related behaviors, which were expressed by the IG. Thus, ayahuasca seems to promote the expression of resilient responses, indicating a prophylactic action, buffering the emergence of depressive-like behaviors and cortisol alterations associated with major depression. These results are encouraging for further research on the prophylactic use of psychedelics to prevent psychopathologies associated with chronic stress.“

Studies of classic psychedelics with human and experimental models have received increased attention. These studies have employed these substances as treatments, not as prophylactic agents, but resilience can be acquired, which may enable a reduction in the individual, social, and economic damage caused by this psychopathology.