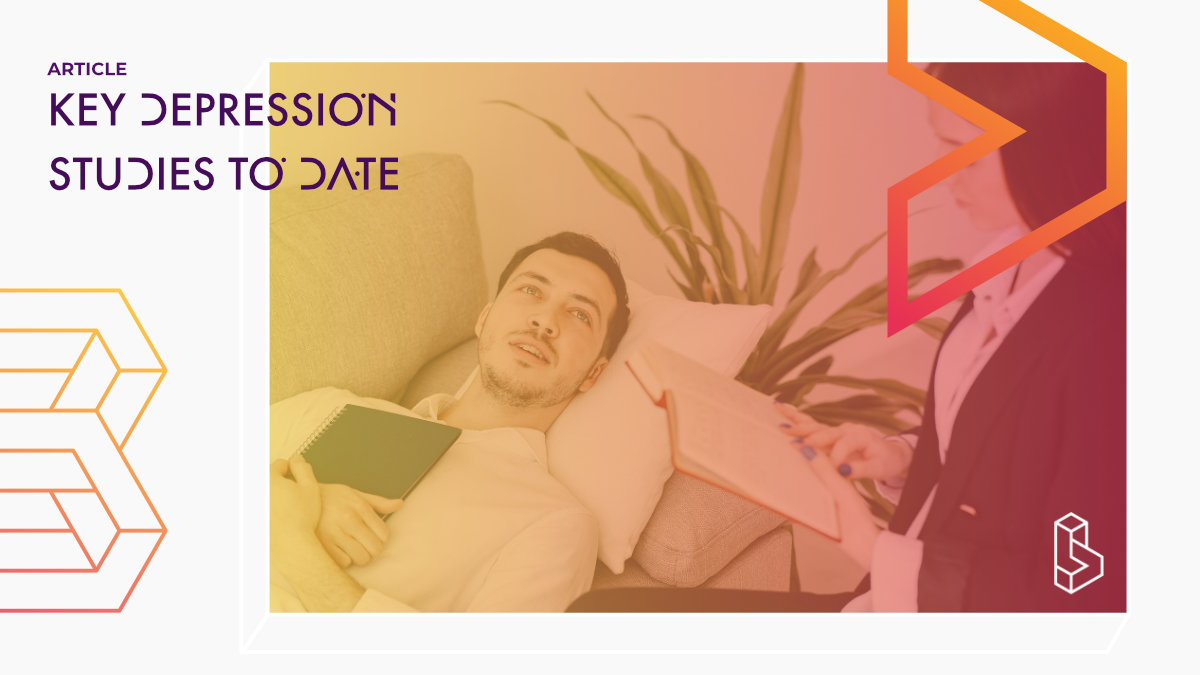 Compass Pathways has completed its Phase IIb trial exploring the efficacy of its proprietary psilocybin formulation COMP360. In this trial, 233 patients with treatment-resistant depression (TRD) were administered psilocybin across 22 locations in 10 countries, making it the largest trial ever conducted using psilocybin.

In anticipation of the publication of the results of the trial, expected before the end of 2021, we’ve briefly summarized the recent history of clinical trials using psilocybin in patients who are depressed.

In 2010, Charles Grob and the team at the Harbor-UCLA Medical Centre conducted one of the first double-blind placebo-controlled trials using psilocybin. In these types of study, both participants and the researchers don’t know who has gotten (a high dose of) psychedelics and who has gotten a placebo (or low dose).

Although the primary focus of the study was end-of-life anxiety in cancer patients, the effects on depression were also assessed. Participants (n=12) reported significant improvements in their mood up to six months post-treatment.

Then, published six years later, a double-blind placebo-controlled study was conducted at NYU in 2016. The study found that psilocybin induced immediate antidepressant effects in patients experiencing depression with life-threatening cancer.

Anti-depressant effects were sustained in the majority of participants at six-month follow-up. Up to nearly five years after receiving a single dose of psilocybin, approximately 60-80% of participants still experienced reduced anxiety or depressive symptoms.

The research team at Johns Hopkins reported similar findings in their 2016 study. A high-dose psilocybin session produced large decreases in clinician and self-rated measures of depressed mood, even in the absence of psychotherapy. Again, these effects persisted for at least six months.

Robin Carhart-Harris and the team at Imperial College London were the first to conduct a double-blind placebo-controlled trial comparing the antidepressant effects of psilocybin to a commonly prescribed anti-depressant, escitalopram (SSRI).

While large improvements in depression scores were found in both groups, the study favoured psilocybin across a number of measures including; flourishing, wellbeing and suicidality. Ultimately, however, there was no significant difference between treatments on the main measure.

One of the most cited papers within the psychedelic literature is a 2016 open-label study using psilocybin-assisted psychotherapy to help patients with treatment-resistant depression, conducted by the team at Imperial College London. An open-label study lacks a control group (who don’t get a high dose of psychedelic) and everyone knows that they are receiving a psychedelic.

Psilocybin markedly reduced depressive symptoms up to three months post-treatment. Furthermore, not only did the study produce promising results, it piqued the curiosity of media outlets and helped to restart the conversation on psychedelics as medicine.

A number of studies have followed up on these results. In 2017, Carhart-Harris and colleagues reported that participants in the aforementioned study experienced significant anti-depressant effects six months after undergoing the two psilocybin treatment sessions. This follow-up study and subsequent reports did also include a few more participants as can be seen in the graph above.

A separate survey administered to the participants at a six-month follow-up found that connection (vs disconnection) and acceptance (vs avoidance) of emotions were the two main mechanisms through which the therapy was successful.

On the same cohort of participants, Roseman and colleagues reported that the quality of the psychedelic experience predicted the therapeutic effect.

It was also found that psilocybin-assisted therapy led to changes in the personality of some of the studies participants. At three-month follow-up, Extraversion and Openness increased all while Neuroticism significantly decreased. These changes were similar (but more pronounced) to those reported after conventional antidepressant treatment.

An fMRI study published by the same group found decreases in resting-state functional activity and cerebral blood flow as well as decreased depressive symptoms in participants following treatment with psilocybin. These changes in brain function, amongst other factors, point toward the possible mechanism through which psilocybin exerts its effects.

The team at Imperial have further analyzed the data from their 2017 fMRI study and the recent escitalopram trial in order to identify neural biomarkers underlying antidepressant efficacy. In both trials, only psilocybin (not escitalopram) reduced brain modularity. These findings correlated with improvements in depressive symptomatology leading researchers to believe that reducing brain network modularity may be how psilocybin exerts its antidepressant effects.

At Johns Hopkins, researchers found that two sessions with psilocybin significantly improved depression scores for a population with major depressive disorder (MDD) up to 8 weeks later.

Thrives of justified optimism, not much data yet

Together, a total of 195 participants have taken part in clinical trials exploring the effects psilocybin has on depression. Of these 44 partook in open-label studies, whereas the reaming 151 were involved in randomized-controlled trials (RCTs).

Given that RCTs are considered the ‘gold standard’ of drug development, the results of the COMP360 trial have the potential to significantly impact the medicalization of psilocybin given the large number of participants in this trial. With 233 participants, it will more than double the total number of people studied with psilocybin for depression.

While the evidence thus far is promising, the psychedelic community holds its breath as we eagerly await the results from COMPASS Pathways.