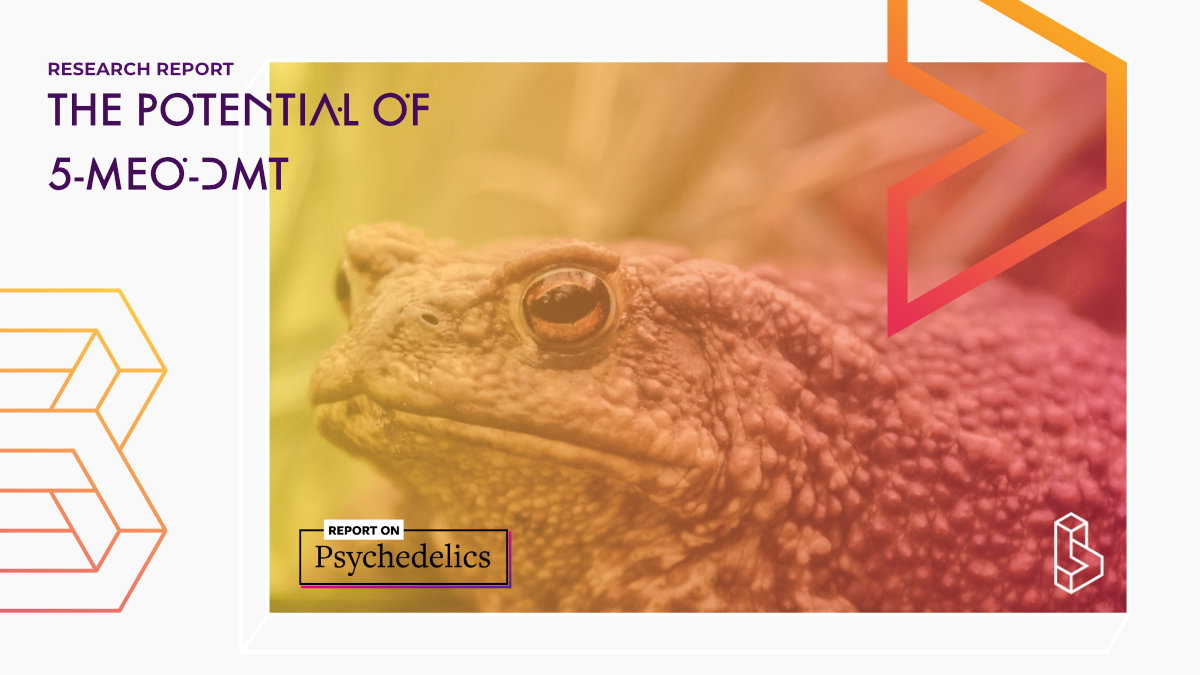 An understudied psychedelic with a lot of potential

Researchers are continuously striving to enhance our understanding of psychedelic substances and the therapeutic potential they may possess. One substance that continues to remain somewhat of a mystery is 5-MeO-DMT. This particular substance is best known for being found in the glandular secretion of the Sonoran Desert Toad as well as a wide variety of plant species. While this particular psychedelic has been used throughout history for ritualistic purposes, modern clinical evidence is only beginning to emerge.

The present study seeks to enhance our understanding of 5-MeO-DMT in order to better inform the clinical development of this substance. To do so, researchers reviewed the current literature available on 5-MeO-DMT. The evidence from the literature was then compiled and analyzed using narrative synthesis, covering aspects of the pharmacology, chemistry and metabolism of 5-MeO-DMT, as well epidemiological studies, and reported adverse and beneficial effects.

The results of this narrative synthesis indicate that 5-MeO-DMT possess significant therapeutic potential and warrants further clinical investigation. Research is needed to develop the appropriate dose rate in humans and develop the safety profile of 5-MeO-DMT. If these challenges can be overcome, 5-MeO-DMT may be the psychedelic that best fits within the current (or future) medical system.

Learning more about how ketamine works and can be made safer

Ketamine is increasingly being used in therapeutic settings to treat mental disorders such as anxiety and depression. However, ketamine continues to be a notable drug of abuse and despite its relatively safe pharmacological profile, ketamine intoxication/overdose can occur at high doses. At present, there is no antidote available to reverse the effects of ketamine overdose.

The present study explored the possibility of generating highly specific antibodies which would prevent ketamine from crossing the blood-brain barrier once bound to the drug. To do so, researchers developed carrier protein and three hapten molecules similar in structure to ketamine and its metabolites. These hapten molecules are small molecules that elicit an immune response only when attached to a large carrier such as a protein. The ability of these haptens to generate anti-ketamine immune responses was assessed in mice, with the evoked immune response being assessed using an ELISA assay and SRP methods.

This study provides preliminary evidence for the use of vaccination against ketamine as a potential approach toward mitigating ketamine overdose symptoms. In theory, the antibodies should bind to freely circulating ketamine which creates a structure (complex) too large to cross the blood-brain barrier and therefore, prevent ketamine from bringing about both its rewarding and adverse effects.

Additionally, the methodology used here can be used to further explore metabolite-driven polypharmacologic mechanisms in the antidepressant effects of ketamine i.e how ketamine and its metabolites bind to different targets/receptors in the body to exert therapeutic or adverse effects. And so, providing us with another way of studying how ketamine works.

Despite a large amount of research, the exact mechanisms through which psychedelics exert their effects on the brain remain unknown. Understanding these mechanisms is necessary to realize the therapeutic potential of psychedelic’s and make these compounds accessible to people with mental disorders. Neuroimaging studies are helping to illuminate these mechanisms of action and therefore, it is important we continue to explore all possible techniques.

In the present study, researchers investigated the effects of LSD on the brain using data from 14 healthy participants using fMRI (from Carhart-Harris et al., 2016) and a novel silico perturbation approach. In general, silico models are logical extensions of controlled experiments in living participants or cells (in vivo) that are created by a computer that models the pharmacological process.

The authors acknowledge that limitations exist surrounding their novel technique. Mainly, the model assumes that all brain regions have the same intrinsic dynamics and it has a limited frequency range. Nonetheless, the present study has enriched our understanding as to how psychedelics may exert their effect on the brain all while providing a novel technique that may be useful for future research.

Why was early therapeutic research on psychedelic drugs abandoned? Many factors led to the abandonment of psychedelic research post-1970 in North America. Although the War on Drugs played a role, it was concluded that tighter regulation of the pharmaceutical industry, failure of psychedelic experiments to live up to expectations and a lack of interest from the pharmaceutical industry to fund trials were all contributing factors.

Looking beyond the (Western) biomedical model, the ritualistic use of psychoactive plants in various cultures should be seen as valuable tools with regards to mental health care at the community level and therefore, should be respected and maintained.

Can Quetiapine Prolong the Antidepressant Effect of Ketamine? In a 5-year follow-up study, the long-term effects of ketamine on the mood of depressed patients was assessed. After receiving at least one dose of ketamine, patients who had been taking the neuroleptic (antipsychotic medication) quetiapine had a significantly longer time to relapse than patients taking other neuroleptics.