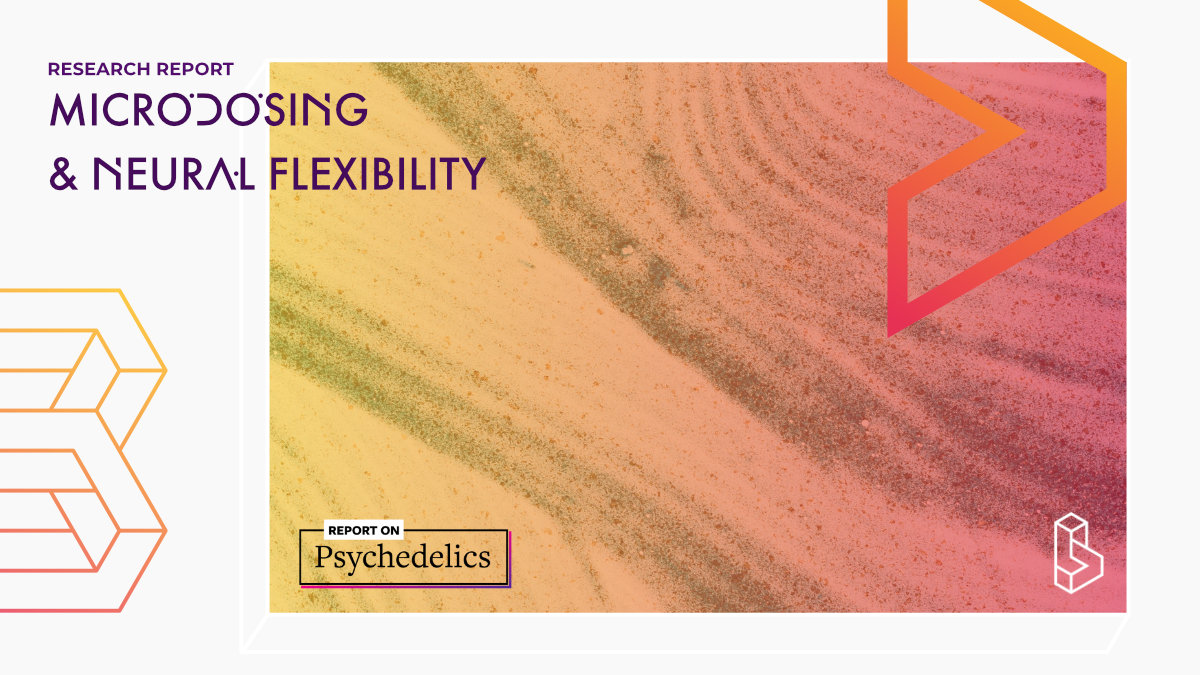 The first real-life data from a microdosing app

Microdosing is the practice of regularly using low doses of psychedelics. This relatively recent phenomenon was made popular through the anecdotal reports of young professionals from all walks of life, taking sub-hallucinogenic doses of psychedelics for a variety of reasons.

In spite of the reported popularity of this practice, few scientific studies have explored the pharmacological effects of microdosing. Existing studies tend to be large-scale survey studies exploring why people microdose and the subsequent effects they experience after regularly consuming low doses of psychedelics.

The study at hand is not indifferent, it describes microdosing practices, motivations and mental health among a sample of self-selected microdosers (n=4050) and non-microdosers (n=4653). What makes this study unique is the manner through which data was collected; a mobile phone application.

Study participants downloaded the Quantified Citizen application to their iPhones and were instructed to complete a total of 123 questions surrounding their mental health and microdosing practices. While many companies are developing similar applications, this study is one of the first to quantify and analyse data collected in this manner.

Overall, the study found that among individuals reporting mental health concerns, microdosers exhibited lower levels of depression, anxiety, and stress. While limitations do exist, particularly surrounding the manner in which participants were selected, the large sample size highlights that microdosing is common practice with a variety of motivations.

If it’s really the microdose that is doing the heavy lifting, or the expectancy effects surrounding it do remain elusive. A self-blinded experiment earlier this year found that all those who microdosed (so also those taking a placebo) improved. A study that combines the strength of both these studies, blinding participants and the large sample size, could provide more insights in the future.

This is what happens in the brain after psilocybin-assisted therapy

How psychedelics exert their effects on the brain remains somewhat of a mystery. Understanding these neurophysiological mechanisms is essential in order to advance the medicalization of psychedelics. Thanks to modern neuroimaging techniques, researchers are constantly discovering more and more about these potential mechanisms.

In the present study, researchers at Johns Hopkins assessed the effects of psilocybin-assisted therapy on a number of neurological variables in patients who are depressed. These variables include; cognitive flexibility (the ability to adapt our behaviour and thinking in response to the environment), neural flexibility and neurometabolite concentrations. As well as using fMRI to assess these variables, the researchers created predictive models using the data in order to gain a deeper understanding of the neurophysiological effects elicited by psilocybin.

Psilocybin influences a mechanism in the brain related to alcoholism

The exact nature of mental health disorders remains speculative at best, with both physiological and psychological factors involved in the aetiology of these disorders. Psychedelics are helping to treat these disorders although the manner in which they act remains unknown. Psychedelics can cause people to have intense psychological experiences all while inducing structural changes in the brain by promoting neurophysiological mechanisms like neuroplasticity.

In the present study, researchers sought to understand the molecular mechanisms underlying cognitive impairment and executive dysfunction associated with alcohol use disorder (AUD). Based on previous research, the researchers hypothesized that deficits of mGluR2 receptors in the medial prefrontal cortex may underlie the behavioural changes seen in AUD and that these changes could be treated using psilocybin. To test their hypothesis, researchers treated AUD rats using psilocybin.

This is what they saw in the rodents:

The findings of this study provide support for mGluR2 as a molecular target for treating reduced cognitive flexibility, craving, and relapse responses in alcohol-dependent patients. However, as this study was conducted using rodent models such findings may not translate to humans.

Clinical research is needed in order to determine this effect. Nonetheless, the findings support the use of psilocybin to treat AUD both psychologically, as previous research has suggested, and physiologically.

In a double-blind placebo-controlled trial, the effect of psilocybin (25mg) was assessed in healthy volunteers who had been taking the antidepressant escitalopram or placebo before psilocybin treatment. Pretreatment with escitalopram had no relevant effect on positive mood but significantly reduced bad drug effects, adverse cardiovascular effects, and other adverse effects of psilocybin compared with placebo pretreatment.