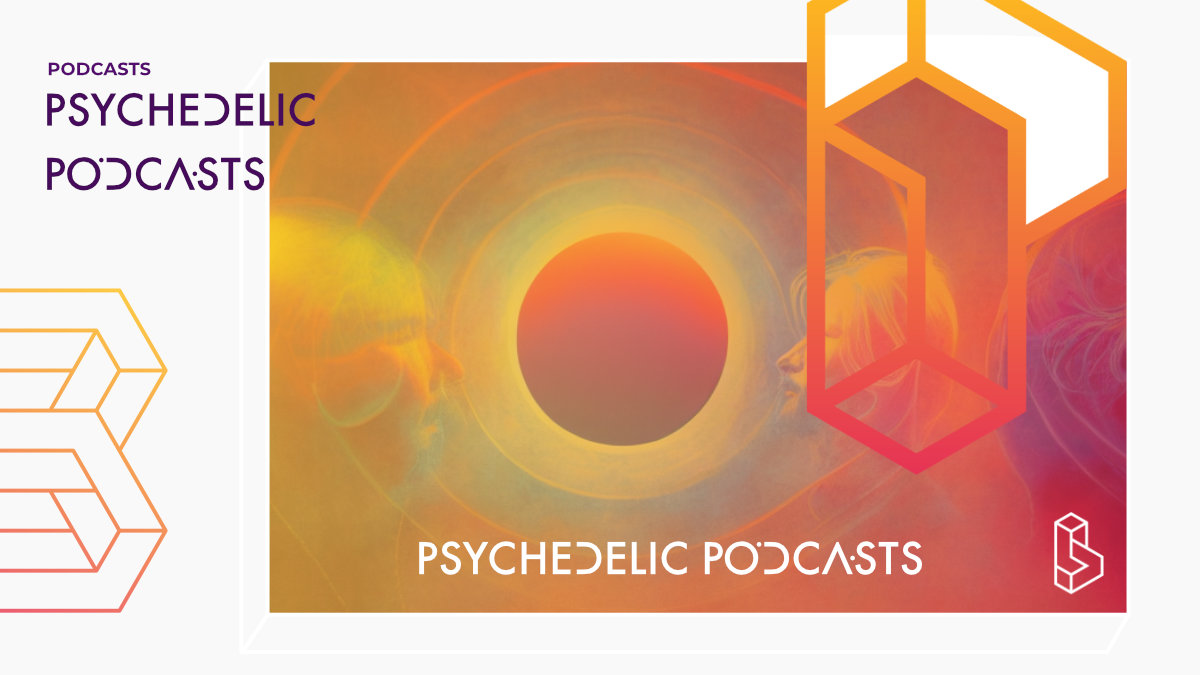 In this episode of the Psychedelic Medicine Podcast, Dr. Ben Sessa joins to share results of his investigation into MDMA-assisted psychotherapy for alcohol use disorder. Dr. Sessa is a trained MDMA and psilocybin therapist and the chief medical officer at Awakn Life Sciences, a biotechnology company researching, developing, and commercializing therapeutics to treat addiction with specific attention on alcohol use disorder in the near-term.

“In this episode of the Psychedelic Medicine Podcast, Dr. Ben Sessa joins to share results of his investigation into MDMA-assisted psychotherapy for alcohol use disorder. Dr. Sessa is a trained MDMA and psilocybin therapist and the chief medical officer at Awakn Life Sciences, a biotechnology company researching, developing, and commercializing therapeutics to treat addiction with specific attention on alcohol use disorder in the near-term.  Dr. Sessa begins sharing his story of how he got interested in the potential clinical uses of psychedelics as a psychiatrist, discussing his experiences of rave culture and making connections with Rick Doblin and MAPS early in the so-called “psychedelic renaissance,” a term he coined. Looking at the work MAPS was doing, he was inspired by the potential of psychedelics to heal trauma and began looking for ways to further contribute to this research.  When it came to alcohol use disorder (AUD) specifically, Dr. Sessa mentions how poor the current best treatments are, with relapse rates sometimes being as high as 90%. This being so, there is significant potential for novel treatments to provide better outcomes, and considering the prevalence of AUD, this could be a huge net positive for society. Dr. Sessa explains that AUD is particularly common in individuals with a history of trauma and/or adverse childhood experiences, so considering the potential of MDMA to address these underlying factors, he immediately saw the potential for psychedelic treatments of this condition.  Working off of these hypotheses, Dr. Sessa undertook a study of MDMA for alcohol use disorder which showed some extremely promising results. The study found that only 21% of the trial participants returned to previous levels of drinking following MDMA-assisted therapy. In addition to this, about half of the individuals for whom the treatment was effective were actually able to have an occasional drink without relapsing—an outcome that is exceedingly rare with current treatments, hence the insistence on complete abstinence. Though this was only a safety and tolerability study and thus additional research is needed to confirm these initial findings, Dr. Sessa is extremely encouraged by the potential of this novel treatment and he is happy to report that he and his colleagues have just submitted a clinical trials application for a placebo-controlled study of MDMA for AUD, so additional insights into the efficacy of this treatment are hopefully not far off.  Dr. Sessa concludes this conversation with an interesting discussion of MDMA “hangovers”—sometimes referred to as “blue Mondays.” He mentions that it is an established fact that many recreational ecstasy users experience a rather significant drop in mood and sense of wellbeing following using the drug. However he theorizes that this may be due more to confounding factors rather than the drug itself. Considering the typical contexts of recreational MDMA use, things such as lack of sleep, lack of food, excessive exercise, impure sample, and concomitant drug use could all contribute to negative emotion after a drug experience. And Dr. Sessa’s research seems to lend support to this theory, as the MDMA patients in the clinical setting of his study did not experience these side effects, and actually many experienced just the opposite—they felt an “afterglow” following MDMA therapy, where they noted elevated mood for up to a week after the experiences.   In this episode: How Dr. Sessa first became interested in MDMA-assisted psychotherapy Why Dr. Sessa decided to focus his work on alcohol use disorder The study design for Dr. Sessa’s MDMA for alcohol use disorder trial The types of talk therapy employed in this MDMA therapy trial Does MDMA-assisted therapy have potential for treating other kinds of addiction? Why patients aren’t seeing a “blue Monday” hangover after MDMA-assisted psychotherapy   Quotes: “In the MDMA state you can work with those forbidden, avoidant memories that normally you wouldn’t go to.” [5:20] “In fact, most addictions—apart from perhaps nicotine—have this link with childhood adversity and trauma.” [8:36] “We didn’t just look at drinking outcomes, we looked at mental health, physical health, relationships, quality of life—all these kinds of things… And there were improvements across the board in all of those people who responded well to the MDMA therapy, which was 80% of them.” [20:46] “Across 26 MDMA sessions (which was in 13 patients), we found no comedowns. So they all had MDMA and at the end of the day when the MDMA wore off, they didn’t feel low, they didn’t feel rotten, they felt fine—in fact they felt good.” [26:06] “I think if people took MDMA lying in silent darkness like they take mushrooms, I think we’d see a lot more in the way of mystical, spiritual experiences.” [32:42] “[Psychedelic-assisted therapy] is much more like surgery than it is psychiatry. It’s not daily maintenance treatment with SSRIs for the next sixty years of your life just to suppress symptoms. It’s an intensive, up-front piece of an intervention, like mending a broken bone, that gets you better so you don’t have to sit on antidepressants for the rest of your life.” [36:26]   Links: Dr. Sessa’s study on MDMA for Alcohol Use Disorder: First study of safety and tolerability of 3,4-methylenedioxymethamphetamine-assisted psychotherapy in patients with alcohol use disorder Dr. Sessa’s study on MDMA hangovers: Debunking the myth of ‘Blue Mondays’: No evidence of affect drop after taking clinical MDMA Awakn Life Sciences website Dr. Sessa’s website Dr. Sessa on Twitter Psychedelic Medicine Association Porangui”
Source