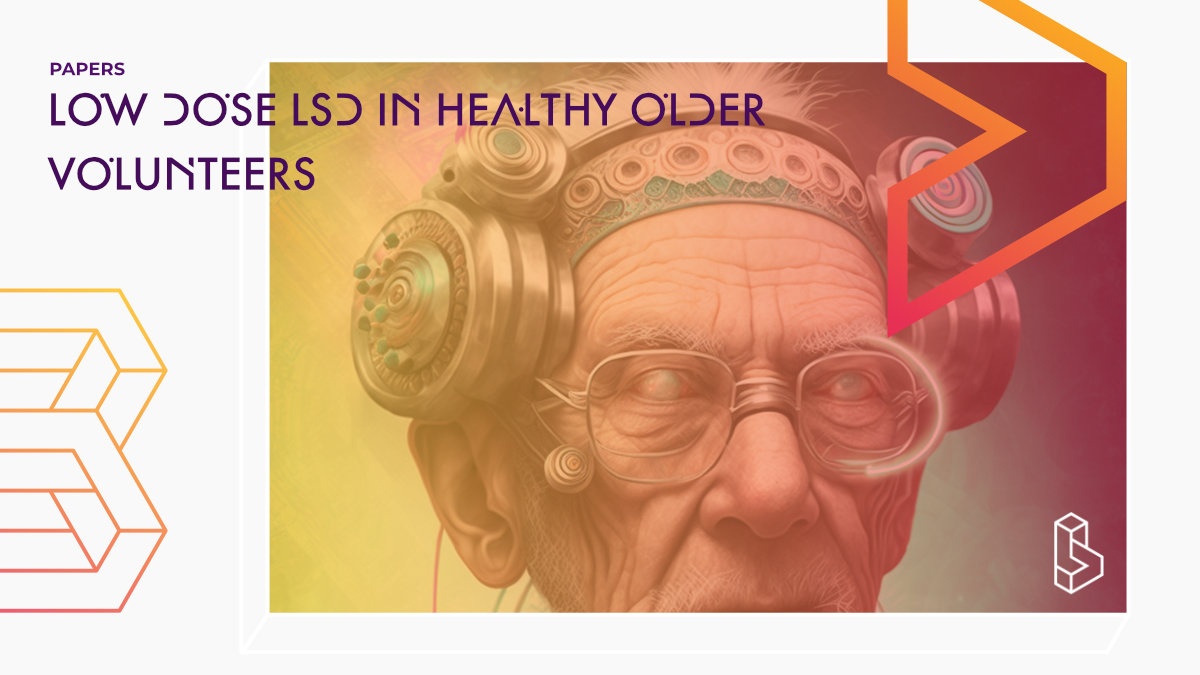 “Abstract Research has shown that psychedelics, such as lysergic acid diethylamide (LSD), have profound anti-inflammatory properties mediated by 5-HT2A receptor signalling, supporting their evaluation as a therapeutic for neuroinflammation associated with neurodegenerative disease.

Methods This was a phase 1 double-blind, placebo-controlled, randomized study. Volunteers were randomly assigned to 1 of 4 dose groups (5 μg, 10 μg, 20 μg LSD, and placebo) and received their assigned dose on six occasions (i.e., every 4 days).

Conclusions Our results suggest safety and tolerability of orally administered 5 μg, 10 μg, and 20 μg LSD every fourth day over a 21-day period and support further clinical development of LSD for the treatment and prevention of Alzheimer’s disease (AD).“

This paper was included in a systematic review on microdosing psychedelics by Ona & Bouso (2020).

This paper used the same participants/data as Yanakieva et al (2018).

Erwin Krediet
Erwin Krediet is a PhD candidate at Leiden University Medical Center and Psychologist/Researcher at ARQ National Psychotrauma Centre. He also volunteers on the program team of ICPR.

Eleusis
Eleusis is a clinical-stage life sciences company that studies and develops psychedelic drugs for therapeutic use. Since 2013 the company has been researching psychedelics and is now developing ELE-Psilo (psilocybin) for depression that is in Phase I.

The effects of microdose LSD on time perception: a randomised, double-blind, placebo-controlled trial
This was the first double-blind and placebo-controlled study (n=48) into the effects of microdosing LSD. The topic was quite specific (time perception), but they also reported on other cognitive changes (of which there were few and at a very small scale).