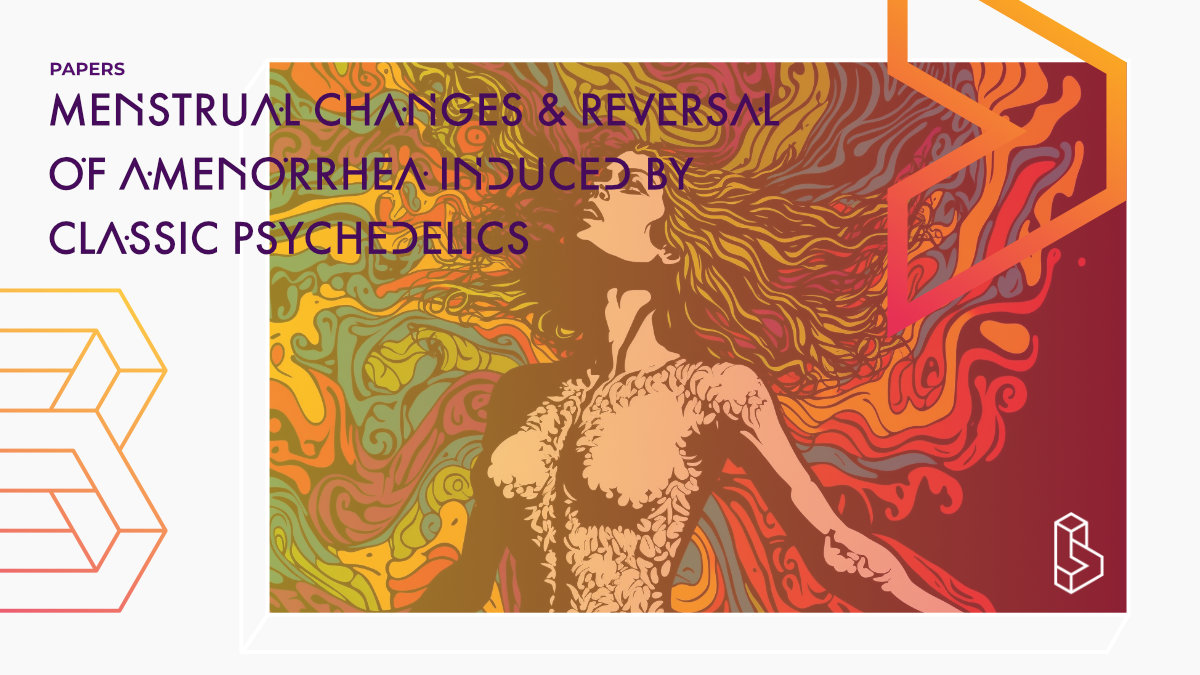 “There has been little research on the effects of psychedelics on menstrual and reproductive function, though anecdotal evidence suggests that these compounds may have striking effects on menstrual function in at least a subset of users. Social media and word of mouth were used to seek out individuals who had a history of changes in menstrual function following psychedelic use. Case histories were elicited from three respondents following informed consent. A literature search on the effects of classic psychedelics and related compounds was completed. Three women ranging from 27 to 34 years of age were interviewed and reported three distinct phenomena following the use of classic psychedelics: 1) resumption of menses following amenorrhea, 2) early onset of menses, in particular when psychedelics were used in the mid to late luteal period, and 3) improved menstrual regularity in a woman with irregular cycles who was eventually diagnosed with polycystic ovarian syndrome. The mechanisms behind these effects remain unclear, though they may be mediated via direct or indirect effects of 5-HT2A agonism on the hypothalamic-pituitary-gonadal axis. Although phenomena related to menstrual and reproductive function have been largely overlooked in the psychedelic literature to date, these effects may have therapeutic utility and warrant further study.“

Psychedelics are serotonin 2A receptor agonists and partial agonists that produce acute changes in perception, emotions, and cognition. There has been a resurgence of clinical research on the therapeutic potential of psychedelics, including Phase II and III studies on psilocybin for major depressive disorder.

To date, little attention has been paid to sex-related differences in response to psychedelics in humans, and even less to effects related to reproductive function. A few reports have been made of improved monthly periods in women who took microdoses of classic psychedelics.

In this paper, the authors report the histories of three women with menstrual changes observed following classic psychedelics, including induction of early menses and resumption of menses following amenorrhea. They discuss possible mechanisms and discuss earlier case reports.

To access this content, you must purchase one of the following memberships: Sprout Membership or Tree Membership. The membership will give you access to exclusive data, including summaries of psychedelic research papers, extended company info (Tree), and our member-only visualisations. Save yourself multiple hours each week by having access to Blossom’s resource library.

Menstrual Changes and Reversal of Amenorrhea Induced by Classic Psychedelics: A Case Series

Menstrual Changes and Reversal of Amenorrhea Induced by Classic Psychedelics: A Case Series