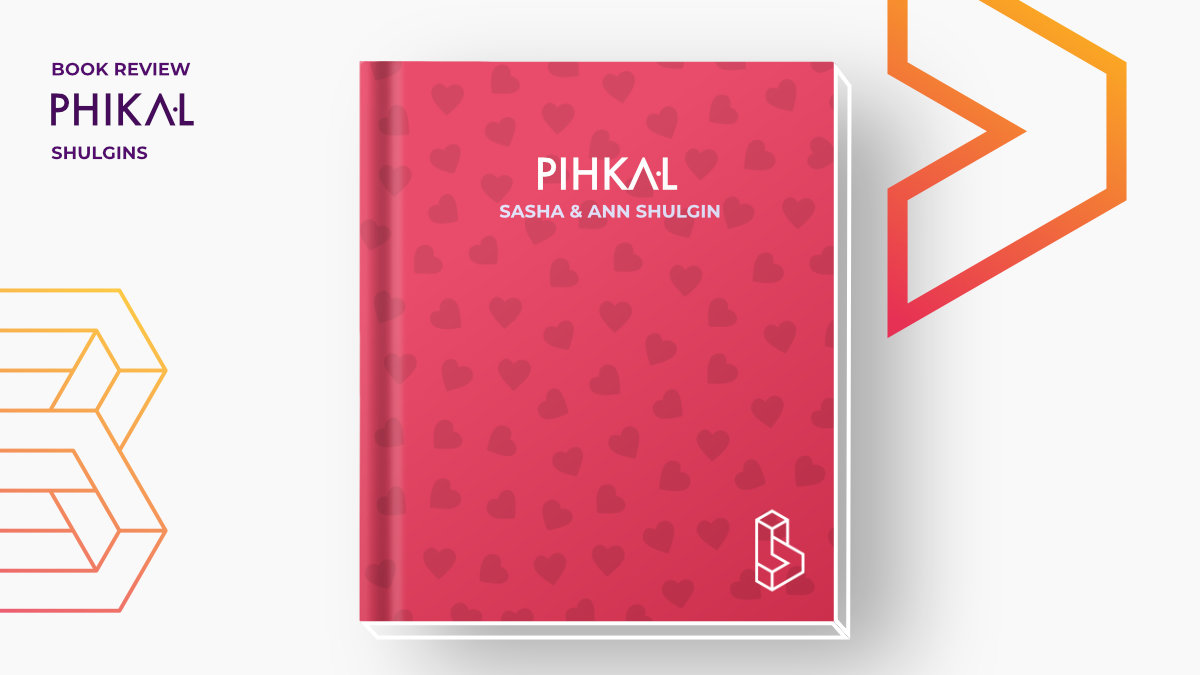 PiHKaL: A Chemical Love Story by Alexander & Ann Shulgin is a (next to TiHKaL) great tome that captures the work being done by these two pioneers in the psychedelics field. It is part (fictionalized) biography (including trip reports) and part chemistry on how to make over 150 psychedelic phenethylamines.

Author: Alex Criddle is an independent researcher, writer, and editor. He has a Masters in Philosophy where his thesis was on the nature of healing in psychedelic experiences. He’s worked as a researcher at a clinic doing ketamine-assisted psychotherapy and as a psychedelic integration guide. His writing and contact information can be found at https://alexcriddle.com

Part one of this book is told in the voice of Shura Borodin, a character based on Alexander tells of his childhood up through the death of his first wife. Part two is told in the voice of Alice Parr, based on Ann, and tells the story of their relationship. Part three is both of them alternating voices leading us through some experiences they had and what they learned while gaining insight and knowledge through the changes in consciousness happening via phenethylamines.

The book’s second half details 179 different compounds (mostly phenethylamines) that the Shulgins synthesized and tried. Each of the entries provides their notes on the synthesis of the drug, the dosage guidelines, the duration of the trip, along with qualitative comments and other extensions and commentary.

Sprinkled throughout the drug entries in the commentary are the Shulgins’ theories behind how the drugs work, their mechanisms, the relation of the drug to the mind, and theories of consciousness.

For the majority of readers, the second half of the book is what will most interest them. But for those interested in the experiences that led to and surrounded the synthesis of these drugs, the first half can also be enlightening.

They approach their lives as fiction, and so we read fact as fiction. Ann provides an invaluable openness to her life and her husband’s mind. She writes vivid descriptions of her experiences on these molecules, while Sasha gives brief, clinical descriptions usually written in the third person. These juxtapositions offer two distinct but extremely useful descriptions of the molecules. The first book also gives us insights into their research group that tested the drugs, explaining why they chose the dose they did and the written descriptions of the individual experiences. They detail their spiritual crises, worries about doing permanent damage after particular experiences, flashbacks, and general mindsets. It’s a treasure trove of experience.

Ultimately this book has something to offer readers looking for insight into the minds of scientists, detailed experiences of trips, and those interested only in the molecules themselves. Because of that, and the importance of the two authors to the psychedelic movement, this book should be required reading for all those interested in psychedelics.

“Alexander (better known as “Sasha”) and Ann Shulgin’s PiHKAL: A Chemical Love Story has become a foundational work in the genre and was the first book to fully impart the how-to chemistry, and convey the effects, of many of the entheogenic drugs that are currently being studied and used to heal trauma and deal with death. An acronym for “Phenethylamines I Have Known and Loved”, the book spans autobiography, organic chemistry, politics, ethnobotany, and psychopharmacology, and the cultural impact is likely to be profound for decades to come, as it has already. PiHKAL is divided into two parts, the first of which is a fictionalized autobiographical ‘novel’ – the main fiction is that it is fiction. This first half of the book is The Love Story, about two people named Shura and Alice who fall in love, though one of them is already in love with someone else. This love triangle is a painful ordeal they must go through, and that process unfolds before the reader with grace and great insight into human nature. Shura is a brilliant chemist who has dedicated his career to making psychoactive drugs, in the story they go through many experiences with the psychedelic compounds that Shura has discovered and has made in his lab, all of which have been bioassayed himself. The reader will find themselves going on this journey with them, experiencing what they experienced, both in their hearts and in the psychedelic journeys they have. The second half of PiHKAL is called The Chemical Story, and it contains detailed instructions for, and effects of, the synthesis of 179 psychedelic phenethylamines which were mostly discovered by Shulgin himself. For each substance there is information on its synthesis, suggested effective dosage, duration, and detailed commentary on the subjective effects that were experienced. This book appeals to adults of all ages and cultures, and to the psychedelically experienced and inexperienced alike.”

Other Reviews of PIHKAL